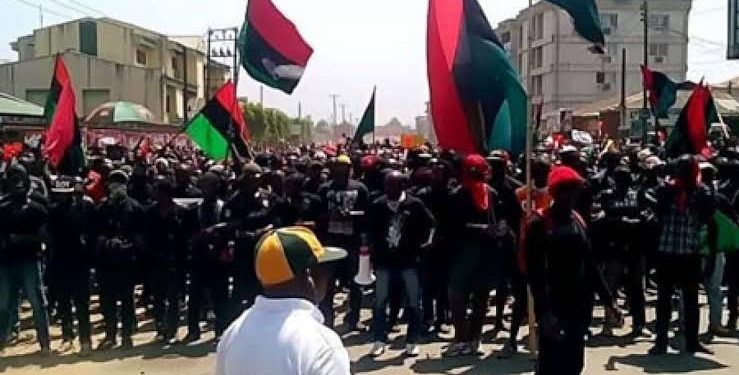 In light of Mazi Nnamdi Kanu’s worsening health, the Indigenous People of Biafra, or IPOB, have issued a grave warning to the Federal Government, stating that, should something unfortunate happen to him, their peaceful approach will no longer be the same.

Nnamdi Kanu’s declining health while being held in solitary confinement by the Department of State Services was the subject of a troubling report, according to IPOB.

This was said in a statement released on Friday and signed by Comrade Emma Powerful, the IPOB media and publicity secretary.

The group highlighted that despite the most intolerable provocations, including as kidnappings, torture, covert disappearances, and extrajudicial killings, in addition to the extraordinary rendition of its Leader from Kenya to Nigeria, it has managed to maintain its composure.

But it also issued a red line warning that must not be crossed regarding Kanu’s health.

While pleading with the international community, including the British Prime Minister and her High Commissioner in Abuja, the President of the United States of America and the US Embassy in Abuja, among others, to force Nigeria to release Nnamdi Kanu unconditionally, it also issued a warning that the Nigerian Government should be held accountable in the event of any unfavorable scenario.

The statement read in part: ”The IPOB leadership received a very disturbing report from our Legal Team about the deteriorating health of the great leader and Prophet Mazi Nnamdi KANU inside DSS solitary confinement. Nigerian Government, through their lawless DSS, has refused Mazi Nnamdi Kanu access to his personal and professional Physician for over a year now in contravention to Court orders. The Nigerian government and the DSS are hereby notified that they are playing with an active Volcano whose eruption will leave a trail of complete destruction should they continue on this ignoble part, and Mazi Nnamdi Kanu’s is in any manner impacted negatively.

”Nigeria Government must understand that because IPOB has remained peaceful even in the face of most unbearable provocations in the form of abductions, torture, secret disappearances, extra-judicial murders in addition to the extraordinary rendition of our Great Leader from Kenya to Nigeria since June of last year, 2021, the Nigerian government and its agency of torture called the DSS should very well know that the issue of Mazi Nnamdi Kanu’s health while in their custody is a RED LINE they must not cross. This peaceful approach will never remain the same if anything untoward happens to him. We are telling you now so that the international community will bear us witness that we warned Nigeria before it and its torture agency the DSS commit an irreparable blunder.

”If Nigeria Government refuses to release the leader of the Indigenous People of Biafra (IPOB) and should anything wrong happen, this peaceful Biafra struggle will suddenly turn into a bloody revolution, and the Nigeria Government should be held responsible in the event of this scenario.

”Nigeria Government should know that the gentle strides of a lion is not a symbol of timidity”.