If I Become President, Hold Me Responsible…

We’ve No Plan To Ban Any Social… 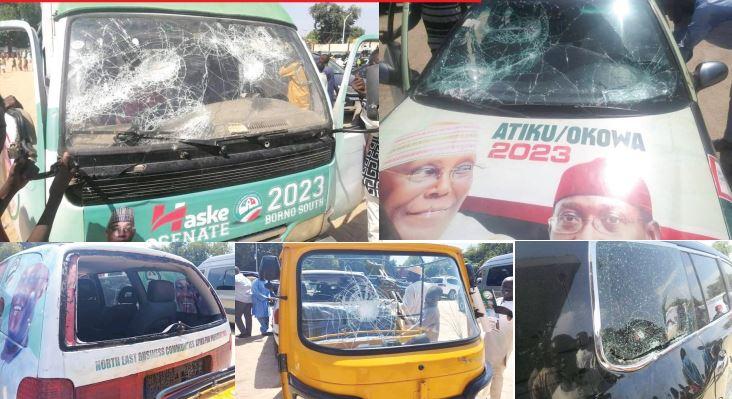 In response to the incident, ACF Secretary General Murtala Aliyu termed the attack on the former Vice President’s convoy as sad, noting that the North is not known for its violent politics.

He said, “Our position on that is to condemn it in clear terms. The politics of violence is not in our character.

“Once in a while of course there would be skirmishes here and there, but it’s unfortunate if any contestant, most especially somebody who had held the position of Vice President of Nigeria goes to any part of the country and be attacked.

“So we condemn it in absolute terms, we call on politicians to rein in their supporters and ensure that we have clean politics.

“Whatever happened in Maiduguri is condemnable and we call on politicians from all sides to exercise caution.

LATEST: Uzodinma Reacts Over Attack On His Convoy

“Not only that, statements by some of the politicians like the Governor of Benue state and also the Vice Presidential candidate of the APC, sometimes as leaders, they should watch what they say so that they don’t incite people against their opponents.”

He said: “Ohanaeze Ndigbo Ndigbo Worldwide condemns and detests violence in whatever form, to whoever it affects and wherever it occurs.

“It is very unfortunate that the presidential campaign convoy of Alhaji Atiku Abubakar was attacked in Maiduguri. It is very sad that Nigeria has nosedived to this abysmal level where people move about with great fear and trepidations.”

Also speaking, the National Publicity Secretary of Afenifere, Jare Ajayi, expressed shock and urged the Federal Government to ensure such does not repeat itself.

He said: “Afenifere is shocked to receive the news of the attack. It does not matter whether they are politicians or not, the fact that they are Nigerians. It is condemnable and it is something we are not happy about at all.“

If I Become President, Hold Me Responsible of My Promises – Peter Obi To Nigerians