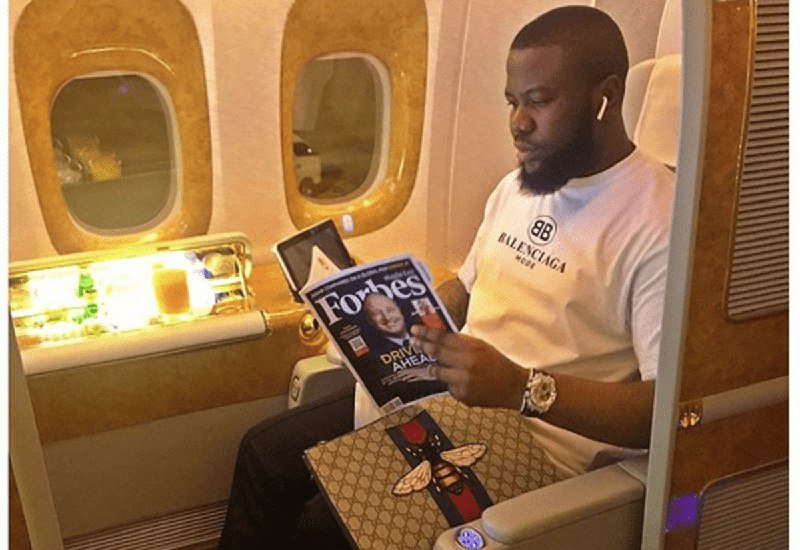 Curtis James Jackson III, better known as 50 Cent, is an American rapper and producer who has declared plans to develop a film series based on the notorious Nigerian internet scammer Ramon Abass.

Abass, better known as Hushpuppi, was arrested in June 2020 in Dubai, United Arab Emirates, for scamming over 1.9 million people, the bulk of which were Americans.

On July 3, the same year, he was extradited to the United States for trial.

As previously reported by Newsmen, Hushpuppi was sentenced to 11 years and three months in prison on Monday by a United States District Court sitting in the Central District of California after being found guilty of laundering proceeds from a school financing scam, business email compromise, and other fraudulent cyber schemes.

The 37-year-old had previously pled guilty to the accusations brought against him during the trial.

Sharing images of the convict, 50 Cent said on Wednesday via his Instagram account that he was working on a film project based on Hushpuppi’s narrative.

The G-Unit Records founder wrote in the caption, “For my scammers I gotta do this one. Hushpuppi series coming soon! GLG, Green Light Gang I don’t miss. #Bransoncognac #lecheminduroi #gunitfilmandtv.”