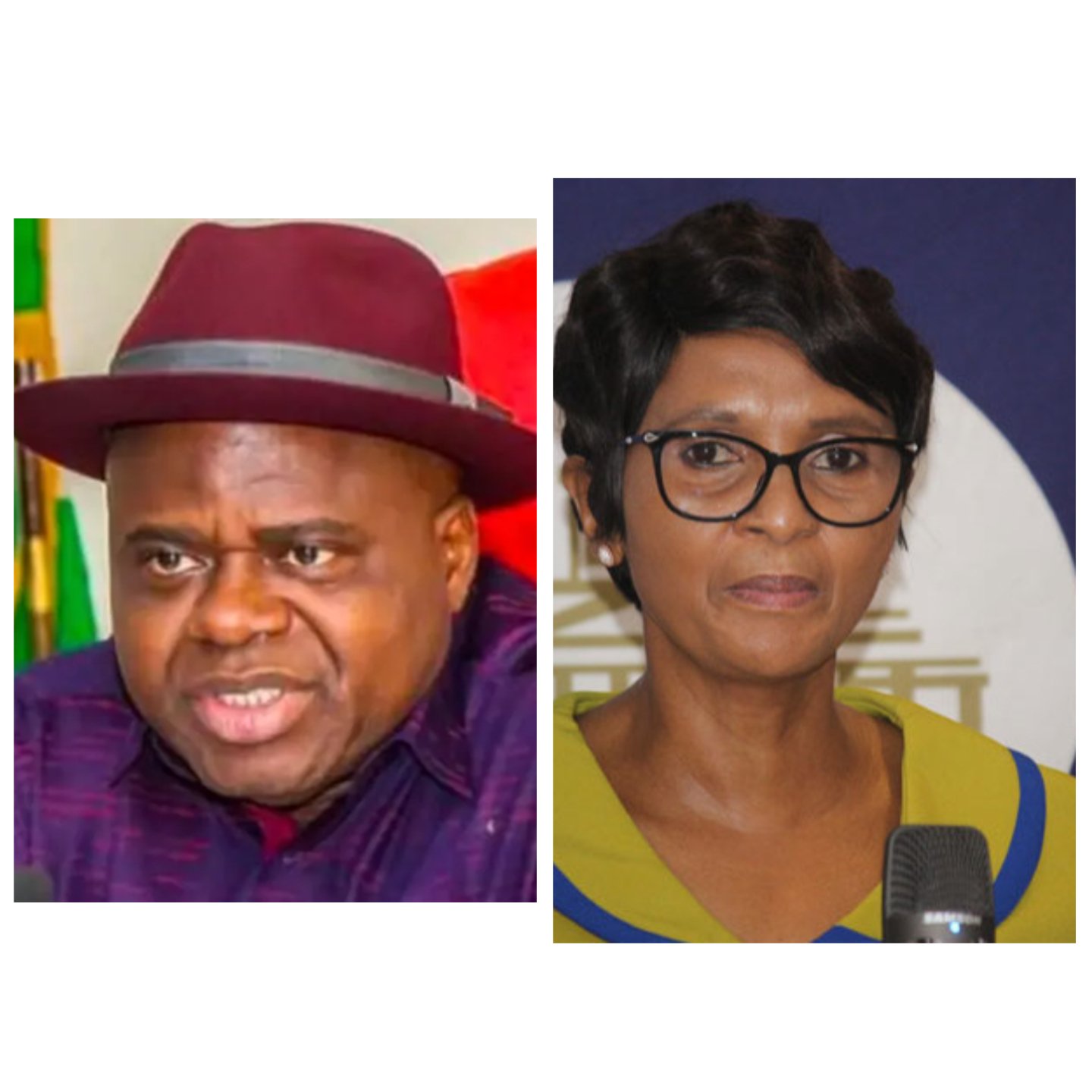 Dr. Kola Oredipe, the Bayelsa State Governor’s Director of New Media, has rejected the tweet tying Governor Douye Diri to an allegation that a nude video of the Free State legislature speaker, Zanele Sifuba, was leaked and distributed in the media.

Dr. Oredipe, said “Let it be stated without any equivocation that Governor Diri does not know and has had no contact nor relationship with the said woman at the centre of the scandal.”

According to Anaedoonline.ng, a violent video of Sifuba was published earlier this week after she allegedly refused to pay an R300,000 blackmailer.

Dr. Oredipe stated in a statement issued and forwarded to Newsmen on Saturday that Gov. Diri has not visited South Africa in the last ten years.

The statement, which referred to the viral South African sex tale as a trivial distraction, also stated that the aforementioned account is a forgery that was recently created on Thursday, November 10, 2022.

The statement reads “Our attention has been drawn to a fake news circulating online about Governor Douye Diri of Bayelsa State over an alleged nude video leak of a South African female legislator, Zanele Sifuba.

“For a scandal that initially appeared on the South African media space on October 31 and was first linked to a ‘Nigerian youth,’ it is obvious those behind the new twist opened the parody account with the deliberate intention to tarnish the image of the Bayelsa Governor.

“Sadly, even without any effort to confirm the ridiculous allegation against the governor of a state, a few Nigerian online platforms rushed to publish the fake news from the ‘Zanele Sifuba Facebook’ account without investigating its source.

“While we have read about a purported attempt to collect R300,000 from her, the ‘young blackmailer’ is certainly not Governor Diri.

“Ask the question: why would a governor of an oil-rich state resort to blackmail for a mere R300,000 (about N8 million). This is simply ridiculous.

“Clearly, political mischief-makers have gone on overdrive in their desperation to tarnish the reputation of a hard working, calm, peaceful and focused Governor of Bayelsa State.

“This story is just another failed attempt to distract the man that is single-minded on his developmental agenda for his state and who has in the last six weeks devoted his time and energy to managing the devastating flood that hit Bayelsa.

“The public is, therefore, advised to discountenance the news as it lacks merit and has no bearing whatsoever with the Bayelsa Governor.

“Let it also be stated that there are consequences for publishing falsehood. The anonymity of the social media should not serve as shield for calumny and character assassination, with grave legal implications. “Unfortunately, those portals circulating this unverified post have fallen into the trap and its repercussions.”

If Tinubu Attends Presidential Debate, This Is What I’ll Do – Farotimi...