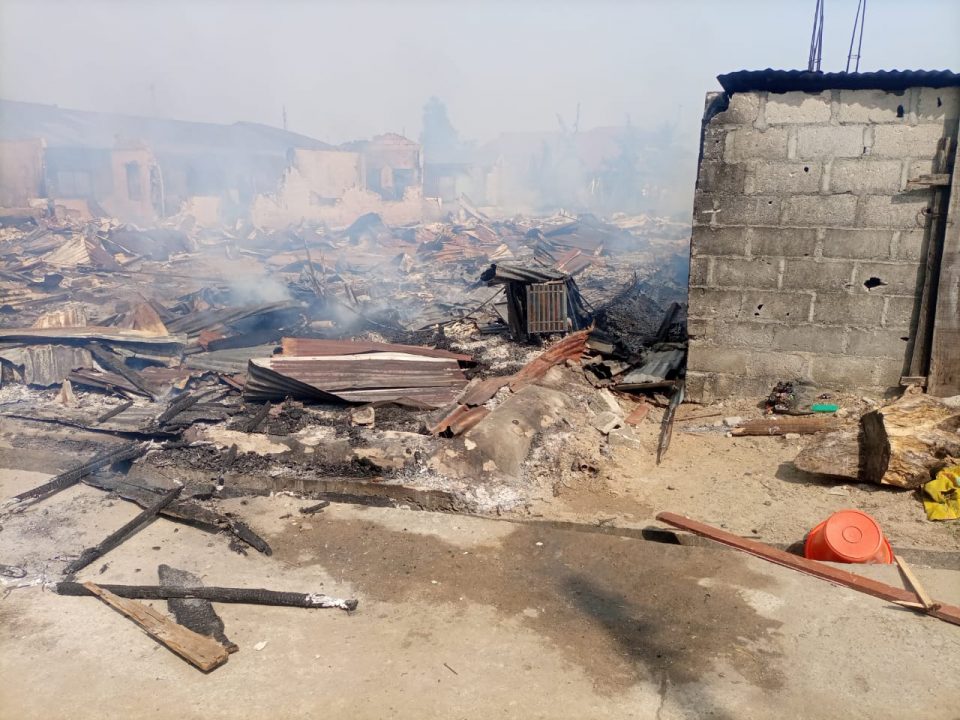 Following a fire outbreak in Elekahia, a densely populated neighbourhood in Port Harcourt, Rivers State, on Friday morning, more than 200 people were forced to flee, and items and property worth millions of naira were destroyed.

According to our correspondent who attended the scene, a kerosene explosion triggered the fire, which broke out around 8:30 am.

While some of the impacted locals had travelled for the celebrations, others were at work when the fire broke out.

An official of the Federal Fire Service, John Nnemeka, told our correspondent that they arrived early but were unable to access the scene because of the nature of the houses.

See photos from the scene: 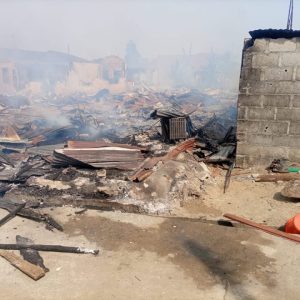