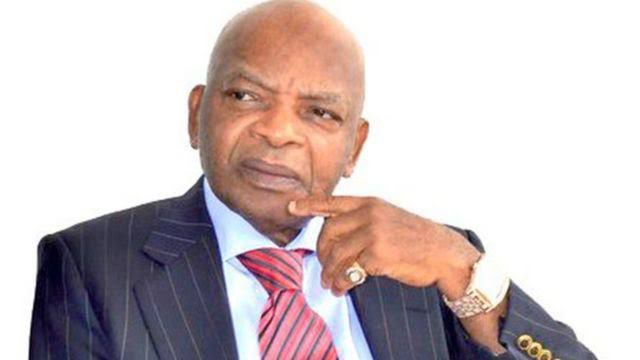 Dr. Tony Nwoye, the Labour Party’s senate candidate for Anambra North, has made fun of reports that he and Prince Arthur Eze had forged an arrangement before the 2017 governorship election in Anambra State.

The medical doctor-turned-media politician’s aide, Mr. Egbuna Nduanya, pointed out that Nwoye’s signature was not on the agreement and claimed that bringing up his name in the controversy was just another attempt by Anambra North’s political gladiators to embarrass him before the 2023 National Assembly elections in February.

Nwoye said that a member of the National Assembly had helped circulate the text in an effort to win favor despite serving two unsuccessful terms.

“The attention of Dr Tony Nwoye Media Office has been drawn to this fake and wicked online criminal publication. This purported, fabricated document was manufactured and cooked up by retrogressive forces and opponents on the eve of 2017 APC gubernatorial primaries in Anambra State, primarily for the purpose of deceiving voters, we responded, refuted same and denied its existence and immediately the promoters of this wicked publication lost the primaries, they buried their publication and now the election is around the corner, political opponents are at it come again.

(2) For the records, Dr Tony Nwoye DID NOT before, during or after the 2017 Anambra gubernatorial primary/election or any other election to date sign the above document to hand over all the money in Anambra State coffers to Prince (Engr) Arthur Eze in the event that he won the governorship election at that time contrary to what his political detractors are circulating online.

(3) For the records, the purported signature on the said fake document is not Dr Tony Nwoye’s signature and he affirms also that he does not know one purported businessman described as Chief Emeka Okereke of 15 Bishop Crescent GRA Enugu who purportedly witnessed for him this fake agreement .

(4) For the records, Dr Tony Nwoye is eternally grateful to Prince (Engr) Arthur Eze(Ozoigbondu) for all the Fatherly & inestimable love, unquantified support and assistance Prince( Engr) Arthur Eze rendered to him over the years( politically,financially and otherwise) and will forever be grateful to him.

(5) For the records Engr Arthur Eze RENDERED ALL THESE ASSISTANCE AND SUPPORT TO DR TONY NWOYE WITHOUT ANY CONDITION ATTACHED TO IT”.