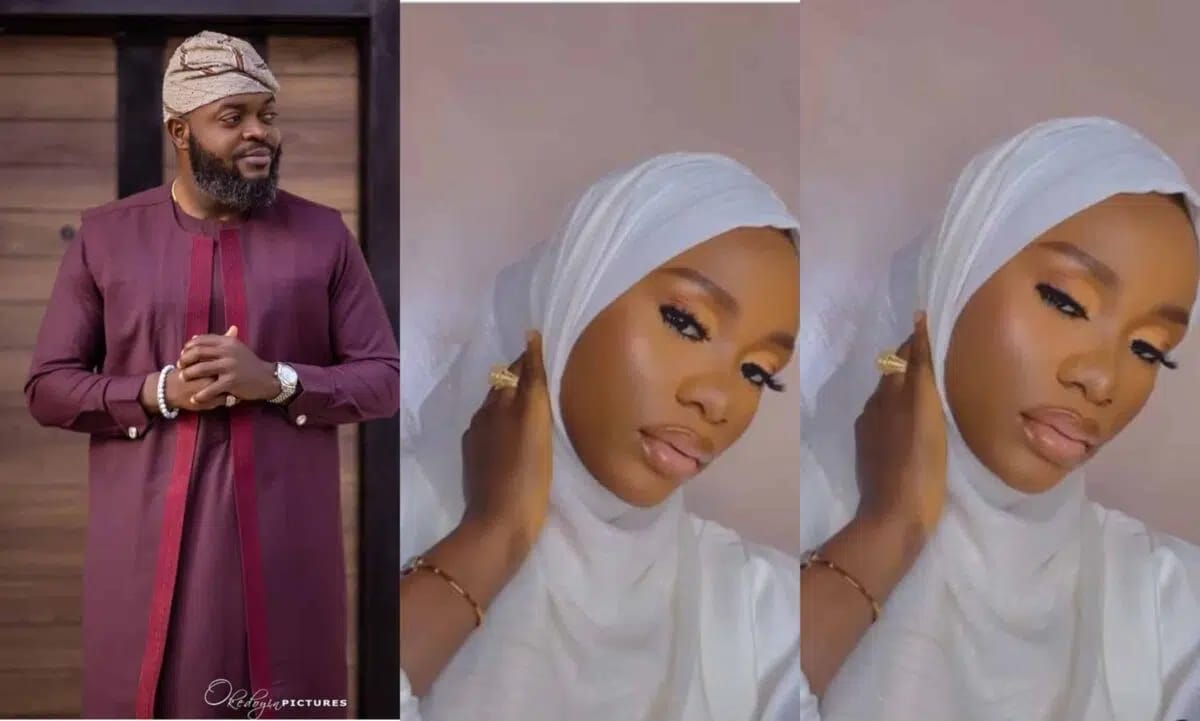 Actor Yomi Alore, better known by his stage as Yomi Gold, has announced his separation from wife Ameenah.
They chose to split up because love had died in the relationship, according to a post Gold published on his Instagram page on Tuesday.

He wrote, “I and Meenah decided to go our separate ways.

“I want all of our families, friends, and fans to understand,” he continued. No one should be judged at this time. Nobody should try to force a relationship to end when love has died.
The actor acknowledged that his soon-to-be ex-wife deserved a partner who is “much better” than himself while thanking supporters for their encouragement.
He stated, “I want to take this opportunity to thank everyone who has been incredibly concerned and supportive.

“Meenah is a good person. She doesn’t deserve a man like me. She will make a great and loving partner to a far better person than me.

“I am not perfect. I will work on myself and be a better person. This has to be published because we want everyone who knows about us to be aware of our decision. Time will be good again,” Gold said.

Yomi Gold was formerly married to Victoria Ige, with whom he shares two kids. However, their marriage crashed in 2019.

The actor afterward tied the knot with Ameenah in January 2022. They welcomed their first child in April of the same year.