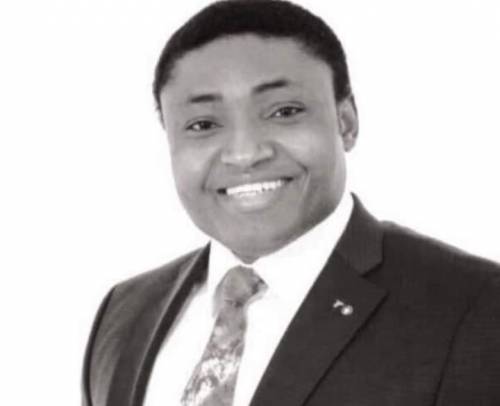 The Igbo community in Finland has disavowed Mr. Simon Ekpa, the self-declared leader of an autonomous Indigenous Peoples of Biafra (IPoB) separatist group based in Lahu, Finland, and his activities and statements.

The Igbo community in a statement by Kingsley Orji, said: “The Igbo community in Finland convened a meeting on December 18, 2022, to discuss the escalating crisis in Nigenia’s southeast region. Mr. Simon Ekpa was present at the meeting, affording us the opportunity to ask him some pertinent questions.

Meet Nnamdi Kanu Successor, Who He Picked To Succeed Him At Radio Biafra (Photo)

“The discussion also addressed his ongoing, vicious incitement that no elections or political gatherings will hold in the Southeast geopolitical zone of Nigeria. A pronouncement that constitutes a gross breach of the people’s fundamental human right to assemble and vote.

“While we respect and recognise the right of individuals to express their thoughts, the Igbo Community in Finland strongly denounces Mr. Simon Ekpa’s seditious statements and actions, which have taken on a dangerously violent dimension of killing and devastation whenever he issues such directives. Due to his threats and the violent actions of his group in South-east Nigeria, there is a high level of insecurity in Igboterritory, which makes it hard to travel and do business.

“Consequent upon the foregoing, the Igbo Community in Finland is openly and strongly condemning Mr. Simon Ekpa’s violent method of operation and wishes to state our position as follows:

*That we reject every illegal sit-at-home order or any other orders that restrict the economic activity and daily lives of people, as criminal elements have exploited such orders to kill, steal, and destroy properties in Igbo land.

*That we strongly urge Mr. Simon Ekpa to rescind his undiplomatic campaign slogan that ‘there willbe no election in Biafra land in 2023’ and cease all his efforts to deprive Igbos of the opportunity and the right to vote and participate in the political process of electing their leaders.

“That Simon Ekpa be warned strongly not to use social media to spread threats of violence, which ismaking the Igbo people of Nigeria angry.

“There is no place on the planet where people can simply hide, incite violence, and escape punishment, ttherefore, the Igbo community in Finland is calling for action as follows:That Simon Ekpa be immediately restrained, investigated, and made to face the full wrath of the law both in Finland and in Nigeria.

“Based on Belgian law on universal jurisdiction, that the Finnish authorities should take jurisdictionright away and stop Mr. Simon Ekpa from continuing to incite violence against life and people,murder of any kind, mutilation, cruelty, and violations of the right to life.

“That all relevant authorities should deploy all diplomatic channels to ensure that Mr. Simon Ekpa and his group are prevented from causing further damages,” the statement added.