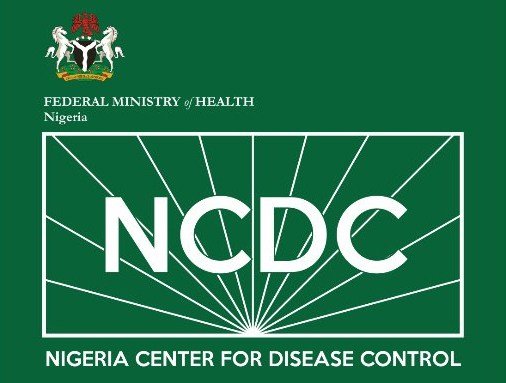 The Nigeria Centre for Disease Control and Prevention confirmed diphtheria cases in Lagos and Kano states on Friday.

The NCDC also stated that it was watching the situation in Osun and Yobe states, where cases are currently being reported.
Diphtheria is a highly contagious, infectious disease caused by the toxin-producing bacteria Corynebacterium diphtheriae. It is the toxin that can make people severely ill.

The illness affects a person’s nose, throat, and, in some cases, skin.
Diphtheria is lethal in 5–10% of cases, with small children having a greater fatality rate.

As of January 13, no fewer than 25 persons have been killed by the infectious disease, with 58 suspected cases in Kano state.

In Nigeria, the burden of diphtheria is underestimated due to the limited capacity for laboratory confirmation and inadequate surveillance, the country’s national public health institute said.

Transmission
Diphtheria bacteria spread from person to person, usually through respiratory droplets, like from coughing or sneezing. People can also get sick from touching infected clothes, objects, or open sores.

Risk factors
People who are at increased risk of contracting diphtheria are children and adults who have not received any or a single dose of the pentavalent vaccine (a diphtheria toxoid-containing vaccine).

“In severe cases, a thick grey or white patch appears on the tonsils and/or at the back of the throat associated with difficulty breathing,” the NCDC said.
Left untreated, diphtheria can lead to breathing problems, heart damage, and nerve damage.

Experts say if the diphtheria toxin damages the nerves that help control muscles used in breathing, these muscles may become paralysed.

The NCDC said the Nigeria childhood immunisation schedule recommends three doses of the pentavalent vaccine for children in the 6th, 10th, and 14th week of life.

The World Health Organisation said vaccination against diphtheria had reduced the mortality and morbidity of diphtheria dramatically, however, diphtheria is still a significant child health problem in countries with poor routine childhood immunisation coverage.

“Diphtheria vaccine is a bacterial toxoid, ie. a toxin whose toxicity has been inactivated. The vaccine is normally given in combination with other vaccines, including tetanus and pertussis (e.g. DTwP/DTaP, pentavalent vaccine).

“For adolescents and adults, the diphtheria toxoid is frequently combined with tetanus toxoid in lower concentration (Td vaccine).

“WHO recommends a three-dose primary vaccination series with diphtheria containing vaccine followed by three booster doses. The primary series should begin as early as six-week of age with subsequent doses given with a minimum interval of four weeks between doses. The three booster doses should preferably be given during the second year of life (12-23 months), at four to seven years, and nine to 15 years of age.

“Ideally, there should be at least four years between booster doses,” the UN body said.

An infectious disease expert at the Lagos University Teaching Hospital, Idi-Araba, Lagos, Dr Iorhen Akase said, “As a country, the most important thing to do is to increase the vaccination rate because the DPT vaccine is one of the vaccines given to children in the immunisation schedule.

“The disease is one of the childhood diseases and it can kill, it can cause paralysis. The symptoms range from sore throat, and difficulty with breathing and that can kill. Of course, it is not on the same scale with Lassa fever or Ebola virus disease but it happens sporadically, and adults are at risk too.”

To reduce the risk of diphtheria, the NCDC offers the following advice:

1. Parents should ensure that their children are fully vaccinated against diphtheria with three doses of the pentavalent vaccine as recommended in the childhood immunisation schedule.

2. Healthcare workers should maintain a high index of suspicion for diphtheria i.e., be vigilant and look out for symptoms of diphtheria.

3. Individuals with signs and symptoms suggestive of diphtheria should isolate themselves and notify the local government area, state disease surveillance officer, or the NCDC through our toll-free line (6232).

4. Close contacts with a confirmed case of diphtheria should be closely monitored given antibiotics prophylaxis and started on diphtheria antitoxin treatment when indicated.

5. All healthcare workers (doctors, nurses, laboratory scientists, support staff, etc.) with higher exposure to cases of diphtheria should be vaccinated against diphtheria.