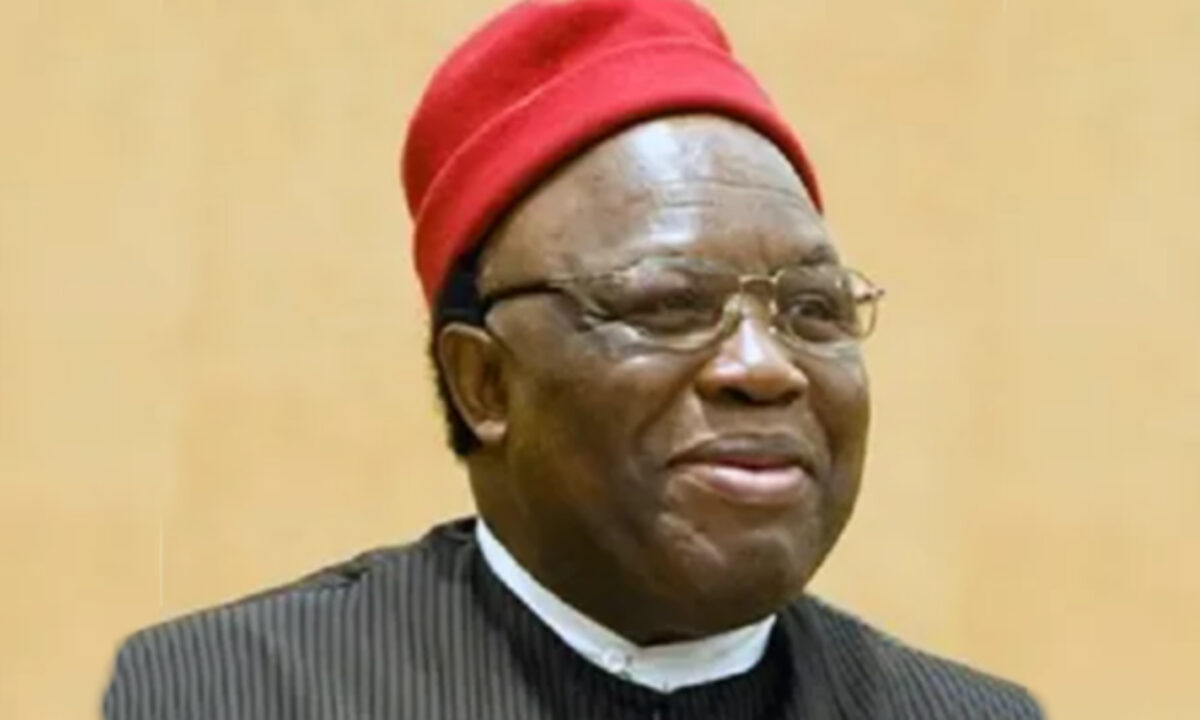 Prof. George Obiozor’s burial has been set until February 10th, 2023, in his hometown of Awo-Omamma, Oru-East local government area of Imo state.

“We are going to have a valedictory at the National secretariat in the building which was renovated during his tenure as PG, at the building where we held our Ime-Obi with him, on Thursday 5th of May 2022.

“There will be activities in Lagos Ohanaeze state chapter and other groups are planning to honour him at the Nigeria Institute of International Affairs Victoria Island Lagos. Other groups in Abuja are also planning to honour him and we as NEC of Ohanaeze will have a valedictory session for him in our national secretariat Enugu,” Emuchay disclosed.

“This is the first time in the history of Ohanaeze that Ohanaeze will have its President General and the deputy President General dead about the same time, but Ohanaeze NEC wants to assure that the ship of Ohanaeze is in safe hands. We shall pass through this difficult period and everything will be done to ensure that the PG of Ohanaeze, the deputy PG of Ohanaeze and that of Mbazulike Amaechi, the first republic minister of Aviation, who is also going to be buried on the 16th of February, Ohanaeze Ndigbo worldwide will ensure that these three patriots, these three sons of Igbo nation are accorded the dignity and honour that they deserve,” Emuchay said emotionally.

He urged all Ohanaeze members, chapters, and organizations in Nigeria and the diaspora to open condolence books, as was done at the national secretariat in Enugu, so that people could pay their respects to the late President General.

“Formal letters will go to the Governors of the seven Ohanaeze states, to the leaders of our partners in Southern Nigeria and the Middle Belt Forum, together with the leadership of Northern Elders’ Forum. We’ve been in touch with them and they are shocked at what has happened. So we will write to them formally as we have done with the seven Ohanaeze governors and other stakeholders including the former President of Nigeria, Chief Olusegun Obasanjo and others, to convey the new date of 10th of February 2023 for the burial of our departed PG,” Emuchay said.