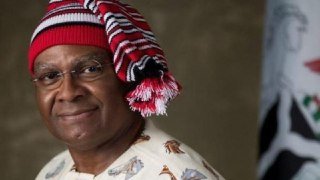 Chimaroke Nnamani, a former Enugu State Governor, has assured his constituents and Nigerians alike that his political career is still alive and well.

In a statement written on Saturday in response to his suspension by the Peoples Democratic Party’s National Working Committee over allegations of anti-party activity, Nnamani stated that his suspension from the party was a harsh shock and a great surprise.

“I was never aware of any petition or complaint against me or informed of the circumstances that shaped the decision of the PDP’s NWC to suspend me from the party,” the Senator representing Enugu East declared.

“I was also not invited to any meeting, proceeding, or hearing of the party’s NWC where my alleged offence(s) was/were discussed.

“I was, therefore, not afforded the opportunity to make representations on my behalf at any meeting where the proposal and decision to suspend me from the party was made.”

“I’m grateful. It is reassuring that my political career is alive. It is not threatened. We are going into the forthcoming elections very confident.”
ANAEDOONLINE.NG reported that the PDP on Friday night in a statement by the party’s spokesperson announced the suspension of the Enugu East party chieftain and others from Ekiti and Imo States over alleged anti-party activities.
Nnamani stated he was not given a fair hearing that infringed against the party’s and Nigeria’s constitution in terms of disciplinary aspects.
He said, “My right to fair hearing was consequently violated against the clear provisions of the constitution of the party, especially in disciplinary proceedings. More importantly, the superior constitution of the federal republic of Nigeria.
“I therefore, appeal to all of you to remain calm and law abiding, while we continue our campaign to a hopefully victorious conclusion.”

He added, “I’m overwhelmed by the outpouring of love and solidarity to me across the length and breadth of Nigeria and even across the political divide since the suspension was announced.”

He assured that he would continue to provide the needed leadership that would facilitate the delivery of dividends of democracy to the people.