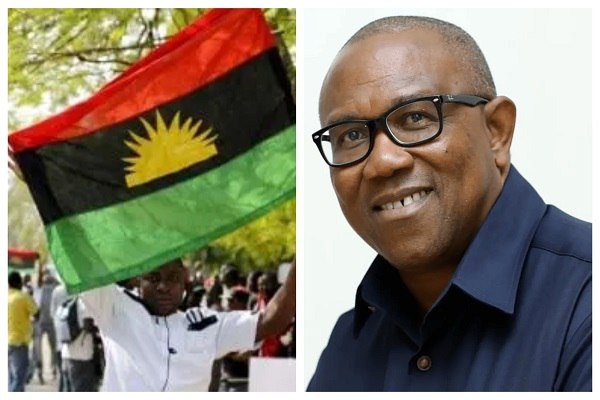 The Biafra Independent Movement (BIM) of the Movement for the Actualization of the Sovereign State of Biafra (MASSOB) has advised Peter Obi, the presidential candidate of the Labour Party (LP), to cease exploiting Biafra in his campaign to succeed President Muhammadu Buhari.

BIM-MASSOB claimed in a statement signed by Chris Mocha that the actualization of the independent state of Biafra is not in the hands of anyone but God.

While not opposing the 2023 presidential election, BIM-MASSOB urged anyone possessing a Permanent Voter Register (PVC) to vote in the February 25th poll.

JUST IN: Igbos Will Not Fight Another War – Uwazuruike

The group attacked politicians who used the name Biafra throughout their election campaigns, noting that Peter Obi and his Labour Party members said that if they were elected, their administration would put an end to the East’s Biafra agitations.

Mocha said, “Over 3 million innocent lives had been wasted from 1967 till date and properties worth trillions of naira belonging to Igbo of South East destroyed in the cause of Biafra.

“Politicians can only give what they have in stock. Even if an Igbo man eventually emerged as Nigerian President, such a President can never stop the much-awaited emergence of the Republic of Biafra. Biafra is now or never. There is no amount of false hopes by these politicians to woo voters in the name of Biafra that will ever give anyone of them a clear lead at the poll.”