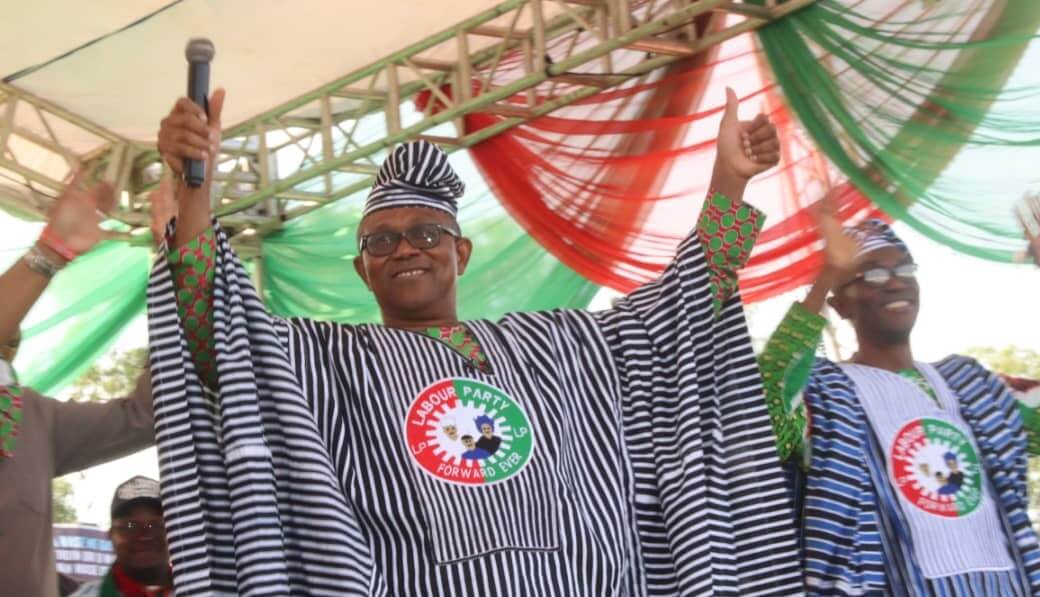 In a statement issued on Monday, Dr Tanko Yinusa, National Chairman of the NCP, committed to mobilize party members to achieve the votes required for Obi’s victory.

He stated that the former Anambra governor “has what it takes to gain our party’s faith and confidence.”

2023: Why My Manifesto Is Delayed – Peter Obi Reveals

“We will mobilize our members and supporters nationwide to canvass and vote for the Labour Party candidature because we share their philosophy and manifesto,” he stated.

“We have studied both the party’s manifesto and the characters of the ex-governor Peter Obi and Datti Baba Ahmed carefully.”

See the full statement below:

The National Conscience party (NCP), one of the foremost political party in Nigeria is pleased to announce its adoption of the labour party’s presidential flag bearer ex-governor Peter Obi and his Vice, Senator Datti Baba Ahmed as its choice for the fourth coming February 25th Presidential election.

Though we are still facing challenges of deregistration by INEC.

We will mobilize our members and supporters nationwide to canvass and vote for the labour party candidature because we share their philosophy and manifesto.

We have studied both the party’s manifesto and the characters of the ex-governor Peter Obi and Datti Baba Ahmed carefully and we believe that the labour party’s candidates have what it takes to earn our trust and confidence.

Leapfrogging Nigeria from oil to the fourth industrial revolution (4IR)

With particular reference to page 7 as stated below:

We are coming to run an entrepreneurial state able to double Nigeria’s GDP in a short time and reduce extreme poverty like China which removed 740m from poverty through a policy that emphasized a social market economy. Our focus is to ensure that wealth is created through sectors that improve the well-being of all Nigerians. Our theory of change is DEMOCRATIC CITIZENSHIP.

Therefore, we will prioritize economic and social rights under chapter 2 of the constitution and implement these rights through social programs and projects that empower the people and mainstream the poor first in access to critical services. To ensure poverty reduction, based on fast economic growth our governance principles, priority projects and programs that will be anchored on the 17 sustainable development goals (SDGs)

As captured in the 72 pages manifesto tagged it is possible our pact with Nigerians. This is in consonant with the slogan of the NCP of the abolition of poverty and 10 care programs.

As empowered by the NEC and NCC of the party on this day 22nd January 2023, we hereby adopt and endorse Peter Obi and Datti-Baba Ahmed’s Presidential ticket of the Labour Party for the 2023 general election.

This adoption/endorsement has been officially communicated to the party even though we have since be working in collaboration with the big tent and Obidient movement to drive the project of Obi/Datti campaign. We urge all members and indeed Nigerians to work together with the Labour Party in achieving this monumental task of rescuing Nigeria, uniting and rebuilding its feature.

We also thank Chief Edward NKwegu and Chief Nwanbuaze Governorship candidate of Labour party in Ebonyi state for all the support.