Did You Know That, To Have Sex In The Public Was Once An Alternative To Execution For Condemned Male Criminals In Nnewi ? 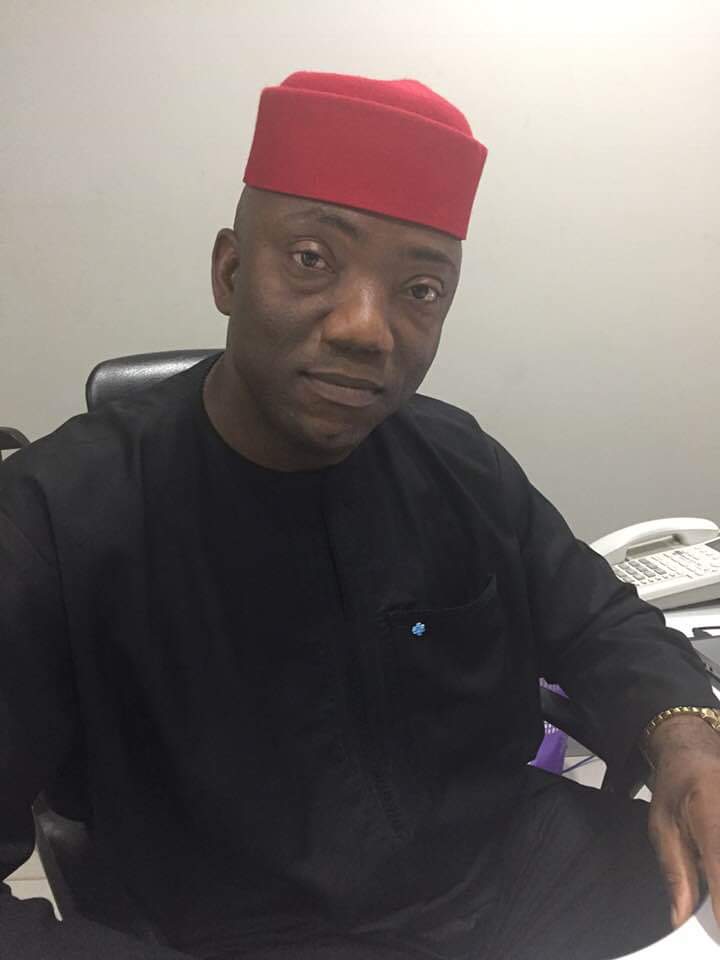 Did You Know That, To Have Sex In The Public Was Once An Alternative To Execution For Condemned Male Criminals In Nnewi?

Mazi Ntịanụ had been boxed to a corner. He must die as he had been tried and found guilty of all charges preferred against him at the Nnewi pre-colonial Supreme Court known as Agba Alor.

A convict of his kind of offense should either commit suicide in the presence of all or must agree to have sex with madam Mbajiaku in the public glare of married adults.

Mazi Ntianu had pleaded with the Agbar Alor judges to let him prove his innocence in which case he would be allowed to either swear by Udo or Ogwugwu deities.

Either of the deities had the power to kill the guilty within seven market days and would never hurt the innocent.

But the accusers of Ntianu wouldn’t hear of that.

They informed the court that Mazi Ntianu had an antidote known as “ndaluiyi” which had the ability to nullify the efficacy of Udo and Ogwugwu oaths.

One dibia or native doctor at Nnobi town was said to have discovered an antidote that prevented the alusi or deities from punishing the guilty.

If the accused was allowed to swear by either of the specialist deities, he was expected to die within seven market days otherwise he would be adjudged innocent.

The innocence of the accused was announced to all when he was accompanied by family and well-wishers to a marketplace dancing parade.

All the previous oaths sworn by Ntianu for other previous offenses didn’t kill him even when everybody was so sure he was guilty of the crimes he was being accused of.

“If this dangerous trend was not checked,” his accusers told the court, “the fear factor for the deities by the indigenes would be eroded and impunity would become the order of the day.”

READ ALSO: Lets Talk About The “Court” That Enforces Marriage Divorce In The Olden Days

The Agbor Alor court, therefore, ruled that Ntianu must die either by committing suicide or having sex with Mbajiaku.

Mbajiaku was a middle-aged woman reputed to have been afflicted with multiple dangerous venereal diseases. Her entire body had been ravaged by leprous boils.

She was ostracized and condemned to live at the outskirts of the evil forest or Ajo ofia. It was generally believed that she was serving a punishment from the gods for offenses she committed in the private.

Mbajiaku seemed to be enjoying the sex of death as she would scream with excitement whenever a convict was being brought to her for the administration of the court sentence.

She would ask her terrified male victim, “nnaa, do you want it from the front or from the back?”

The convicts were drugged with mixture of hot drink, bitter cola and alligator pepper before being led to mount atop Mbajiaku.

The concoction was to create a dissonance between a man’s agony and his phallus’ willingness to stand erect.

The mixture also ensued that the condemned criminal achieved enough erection to connect to Mbajiaku’s pot of death.

Convicts who had chosen the Mbajiaku option had died within 8 hours after the copulation.

Mazi Ntianu’s latest offence was the allegation that he had raped and killed a pregnant woman, a wife of his paternal cousin.

Four persons bore witnesses against him at the courts.

Ntianu had been tried in all levels of courts in Nnewi and the judgement was the same.

Nobody in the town would disagree with the judgement of the Agba Alor Supreme Court against Ntianu.

The matter was first reported for adjudication to lowest court of Umunna (i.e a unit made up of extended families members).

Adjudication matters were handled by the elders with all the married men in the family units in attendance.

Not satisfied with a guilty verdict, the accused appealed to the Council of the Umunna heads known as Isi Obis and presided over by the village head. They upheld the guilty verdict of the lower court.

Ntianu had the option of appealing to the traditional ruler of the town or straight to the Supreme Court known as the Agba Alor.

The Igwe or the traditional ruler’s verdict was also subject to review by Agba Alor.

Ntianu chose to appeal the guilty verdict of his village court to Agbo Alor i.e. the Supreme Court.

Agba Alor court which consisted of the chief priests of all Nnewi deities and was headed by the oldest man from Umunnearam who held the Ofor Nnewi.

Ofor Nnewi was and still is a consecrated piece of wood made from an ofor tree used as a gavel (as would a senate president) to cement a resolution as being final once the holder hits it on the ground.

An Ofor is held by the oldest man in a community.

Knowing that he had exhausted his appeal options, Mazi Ntianu knew that he was now hours away from the land of his ancestors.

No guilty person convicted of a capital offence at the Agbor Alor was ever allowed to go home for fear of escaping.

Once the sentence was pronounced, the officers of the court would promptly seize the condemned criminal by the arms and lead him to his choice of death.

Nitianu surprised the gathering by choosing to have sex with Mbajiaku. Many condemned criminals would choose a dignified death by suicide.

READ ALSO: BUHARI HAS SUBVERTED SUPREME COURT, ATIKU MAY NOT GET JUSTICE – AGBAKOBA

Hearing the choice of Ntianu, an elderly man amongst the crowd murmured “I would have been surprised if he had not chosen to sleep with Mbajiaku; the idiot wants to leave the world through the same route he arrived”.

The condemned criminal was taken to the precinct of the evil forest where Mbajiaku lived.

Ntianu on his own decided to leave the world with a bang.

He wanted to donate sexual satisfaction to Mbajiaku, the town’s must humiliated woman.

Not a few men in the town could boast of the size of what Ntianu had in between his legs.

Even Mbajiaku could feel the size of the monstrous manhood of Ntianu which the local mixture he was forced to drink had made larger and even stiffer.

As Ntianu was “coming” after a surprising long thrusting, the spectators noticed, in awe, that Mbajiaku was also “going”.

Mbajiaku was screaming in a crescendo or fading voice so audible but sensual.

The thrilled crowd could hear as Mbajiaku kept shouting “o Gini di ife a? Nwoke a gbuo m ka m Kam nwuo” meaning “what is this I’m feeling? this man, kill me let me die!”

Before nothing else was heard, the couple was said to have shouted “oto gbuo m oo” meaning “this sweetness is killing me oo” as their waists gradually ground to a halt.

Did the court officers add a tincture of poison to the preparation they forced Ntianu to drink prior to the great sex?

What about the way Mbajiaku died?

Was she killed by an ecstasy-induced heart attack from the seemingly greatest sex she had ever had in health and in sickness?

No one seemed to have been able to provide answers to the above questions to date.

Nevertheless, it was a happy ending or death for those who died in ecstasy in spite of their humiliating predicament to the confusion of their haters, detractors, and punishers.

It was only then that the whole town cleared any iota of doubt from their minds that Ntianu was guilty. He was a sex maniac.

Even in death, the destructive Ntianu had robbed his town an alternative punitive instrument against future capital offenders

Website: A New Pragmatic Approach To The Business World

Nigerian Man Alongside His Mother, Girlfriend Are Jailed For Internet Fraud In Asaba

Lady Narrates How Ghost Of Her Boyfriend Killed During Endsars Visited Her, Gave Her His Password