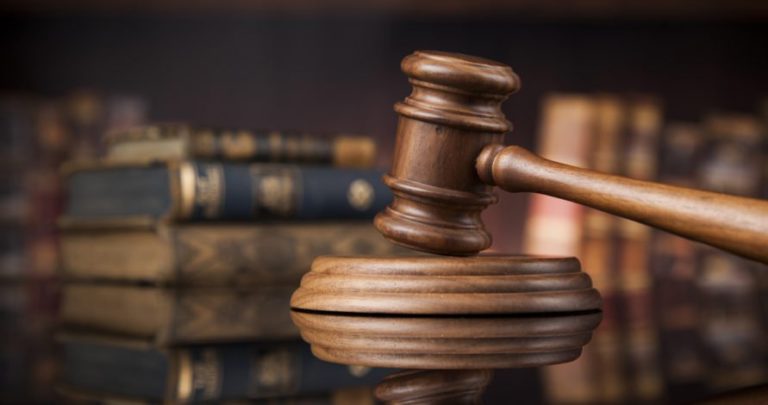 An Enugu State High Court has granted an injunction stopping the installation of a new traditional ruler for Umabor, Eha-Alumonah community, in Nsukka Council Area of Enugu State.

It is reported that the order was granted by Hon Justice C.I Nwobodo, who asked all the parties to maintain the status quo pending the determination of the motion before him.

The subject matter was earlier presented before Hon Justice H.O Eya of Nsukka Division, of the State High Court.

The respondents were by the order barred from installing or recognizing any other person from Umabor–Ehalumonah autonomous Community or in any other manner howsoever pending the determination of the motion on notice.

The Injunction was issued pursuant to the application of Chief Thomas Ugwu the acclaimed winner of the election conducted on 31st October 2015 by the section of the community whose turn it is to produce the Traditional Ruler in line with the community’s constitution.

Chief Ugwu, a retired provost of Federal College of Land Resources Technology Owerri Imo State, in a bid to safeguard the said mandate, had dragged Mr Michael Eze, the second runner up at the said election to court alongside the Commissioner for Chieftaincy Enugu State and Attorney General of the State who were joined as necessary parties as the 2nd and 3rd Defendants, respectively in the suit.

But the court was told that the case which has been pending at Nsukka Judicial Division of the Court was yet to be determined, when some group of persons acting under the aegis of community Town Union began to meddle with the issue last month by making some adverse moves to recommend or produce another indigene of the community to the Governor of Enugu State for installation or recognition as the Traditional Ruler of the community.

The actions were said to have been based on an alleged directive from the Governor that Communities in the State with Traditional Leadership tussle should resolve their differences within one month.

Chief Ugwu who was not pleased with what he termed the insincere actions of the said interlopers, then filed the application through his counsel, Ike Maximus Ugwuoke, Esq contending that the actions were in sub-judice to the issue that was yet to be determined by the Court.

His application to the Court for “An order of interim injunction restraining the Defendants either by themselves or through their agents or privies or any person or group of persons by whatever description from Umabor Ehalumona autonomous community, from interfering with the subject matter of this suit which is pending before Hon Justice H.O Eya of Enugu State High Court either by installing or recognizing any other person from Umabor–Ehalumona autonomous Community or in any other manner howsoever pending the determination of the motion on notice,” was granted by the Court.

The case was adjourned to 11th September 2019 for the hearing of the motion on notice.

He said “the issues can be resolved if the people concerned can be sincere.”

He regretted that the community seemed to have been totally cut off from any state government presence, yet the Igweship tussle appeared the only thing that had preoccupied the minds of some indigenes of the community.

According to him, “There is no significant impact of this government in my said community. There was no single appointment made of any member of the community in the last and present dispensations of the Government in the state. No single state or federal project to boast of in the community. The Community could not even partake in the last VEC project of the government where N10 million was released to different community projects in the state because of the tussle over the Traditional Ruler of the community”.

He advised that his people (especially those that are engineering the traditional leadership crisis in the community) should stop playing politics with the issue and channel their energy in securing government attention to address the numerous developmental challenges facing the community by fighting to secure other government appointments and projects that will better the members of the community.

Details Of FG’s Meeting With Ministry Of Education Emerge

They Want Me Dead At All Cost – Orji Kalu Speaks on...