Nnewi And The Culture Of Riding Motorcycles 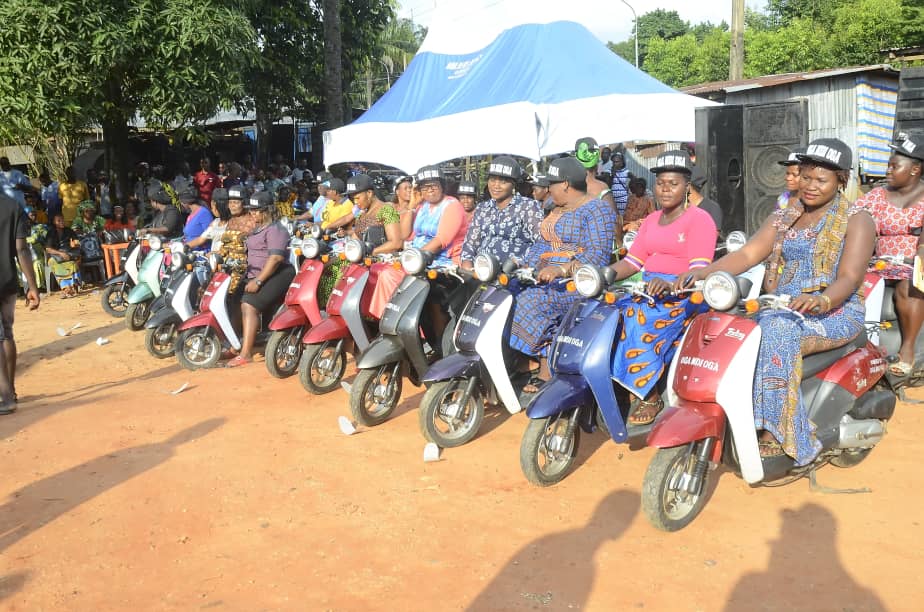 The first thing you will notice as soon as you enter Nnewi town is the swine of motorcycles like bees to a honey pot.

From a strict tourist point of view, this is not a very fine sight. And this can serve as a slight frustration to car drivers, especially to those who are coming into Nnewi for the first time or after a long time; most especially if you are coming from a city such as Enugu or Owerri where okada is banned.

Dubbed the small town of the super-rich by Forbes, Nnewi is the second-largest commercial and industrial city after Onitsha in Anambra State in southeastern Nigeria. The main town referred to geographically as Nnewi North comprises four quarters: Otolo, Uruagu, Umudim, and Nnewichi.

Marvelous James heard that Nnewi is the small town of the super-rich and he decided to pay it a visit. Instead of magnificent buildings, exotic hotels cars, and recreational centers, he was greeted with the savage sight of buzzing motorcycles. As you know, an average motorcycle rider is impatient and quick with his/her tongue.

Marvelous left the small town of the super-rich with few scratches on his ML350 Mercedes and a lot of curses from sweaty motorcycle riders.

The rowdiness of these bikers can be confusing until you understand the history of the town and the economic importance it plays both in the state and in the country.

Why so many bikes?

Nnewi is the town of the superrich, it houses the number one market for motorcycle spare parts. The first fully manufactured motorcycle was produced in Nnewi. There are also so many assembling plants in Nnewi including Innoson motorcycle brand.

A huge percentage of motorcycles plying the Nigerian roads are assembled or their parts bought in Nnewi.

Based on this premise, it is only normal that the people of Nnewi use what they produce. It is like Whisky and Scotland, rice and Abakaliki, yam and Benue State, etc. And with nearly half of the residents involved in or knowing someone involved in motorcycle spare parts business, getting bikes is easy. It gradually became a norm that every family had at least one person who had a bike. This does not remove the presence of a car,

Nearly every child born in Nnewi between the 70s and 2008 can ride a bike. It is an integral part of a child’s training. Buying a bike is seen as a form of achievement.

Many in Nnewi prefer to ride their motorcycles during their day-to-day activities and use their cars only on trips or on important occasions.

With a rough average of 4 out of 10 people owning bikes, it constitutes the proliferation of bikes all over the city. Commercial bike riders also constitute the overall number of bikes in the town. Another town in Igbo land that has an influx of bike riders is Nsukka in Enugu state.

2021 Budget: See How Much IGP is Asking for to Fuel Vehicles and Motorcycles

Economically, Nnewi provides benefits to the country and the state.  Approximately  20 medium-to-large-scale industries have been established across a variety of sectors in Nnewi. Since 1970, its residents have controlled 70 or more percent of the motor parts trade in Nigeria.

Nkwo Nnewi Market is the major importer and wholesale point for motor spare parts business in Nigeria. The industrialists of Nnewi are adapting foreign technology to local needs, providing employment for thousands, and making available goods and services that meet the actual needs of  Nigerians.

The first indigenous car manufacturing plant is in Uru Community (owned by Innoson Group) while the first wholly Made-in-Nigeria motorcycle was manufactured in Nnewi by the National Agency for Science and Engineering Infrastructure (NASENI).

If having a town with its road and streets full of noisy and unruly bikes is the price Anambra State, the Southeast, and Nigeria must endure for the economic gains Nnewi brings to the table, it is a fair price.

Agban’ano Nnewi: Book About The Hidden Truths Of Nnewi Unveiled