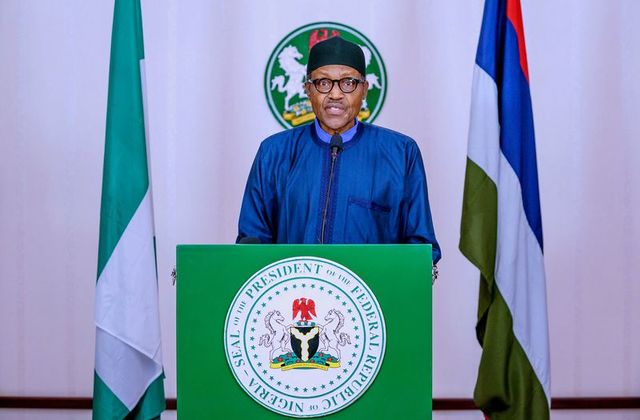 President Muhammadu Buhari has stressed that his administration will continue to prioritize the railway system in the country.

On Thursday, He stated this during the inauguration of the commercial operations of the Lagos-Ibadan railway project at the Mobolaji Johnson Railway Station, Ebute Metta, Lagos.

This was disclosed in a statement signed on Thursday by Special Adviser to the President on Media and Publicity, Femi Adesina.

Buhari Obliging To Arise TV Interview, Shows “Forthrightness And Honesty” – BMO
He described the project as another milestone in the drive of his administration to revitalize the railway system and establish it as a choice mode of transportation for both passengers and freight.

“The President pledged that his administration would continue to prioritize the railway system as a transportation backbone that can transform industrial and economic activity in the country,” the statement read in part.

These Are Those Responsible For Crisis In The South East – Cattle...

BBNaija Reunion Show: What I Did After Fight With Tolani Baj –...

Yoruba Nation Rally: We Are Not Aware Of Sunday Igboho’s Protest –...