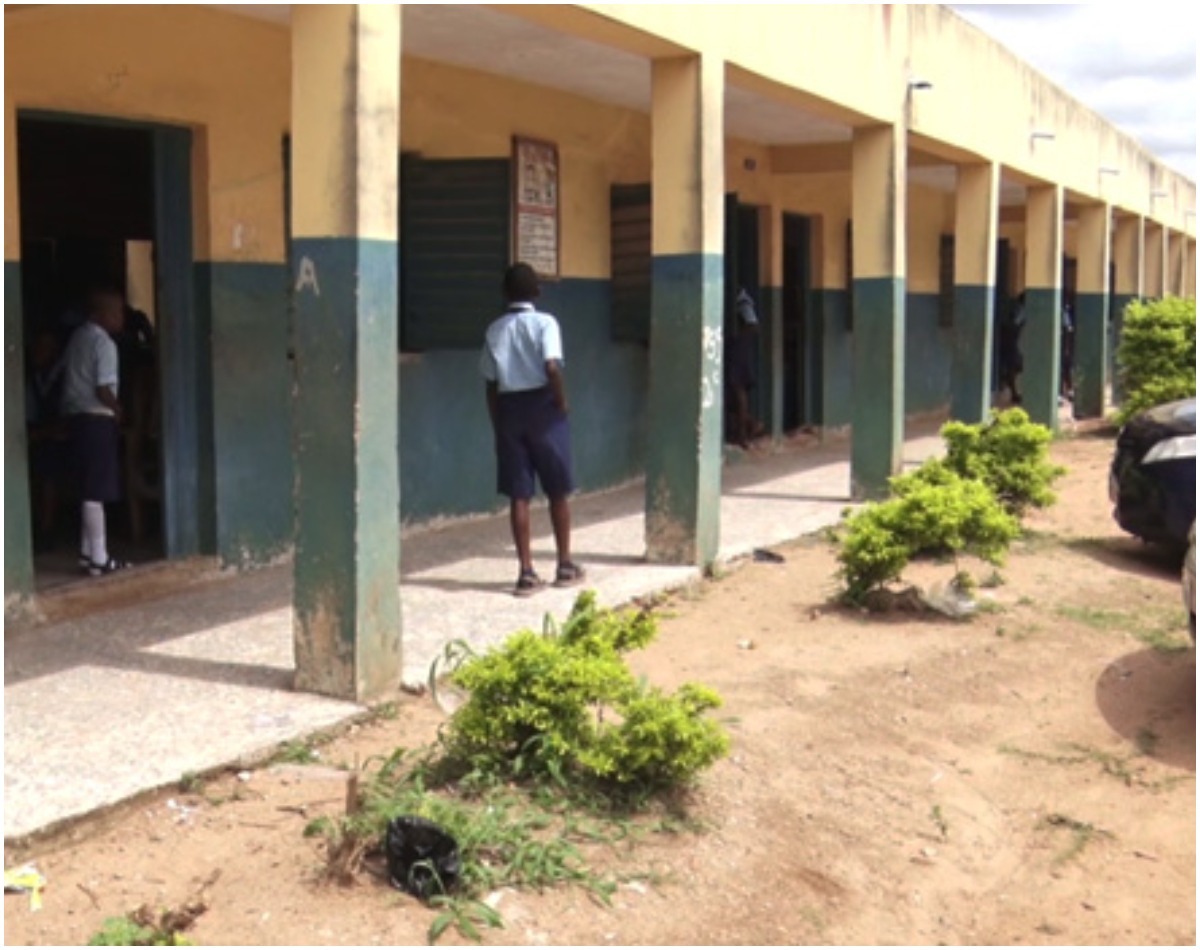 A Nigerian father, Abidemi Oluwaseun, 35 have been arrested by security operatives in Ogun for attacking a public school teacher with thugs after he accused her of beating his 15-year-old daughter.

The suspect who is currently cooling off in a cell alongside two others, namely; Fayesele Olabanji ‘m’ 25 years old and Alebiosu Quawiyu ‘m’ 24 years was arrested after the principal of Baptist Girls College Idiaba Abeokuta placed a distress call that three men invaded the school with an unregistered vehicle, armed with brand new cutlass, threatening to hack down a teacher of the school with the cutlass.

Spokesperson of the State Police Command, DSP Abimbola Oyeyemi, who confirmed the incident said upon receiving the distress call, the DPO Kemta division, CSP Opebiyi Sunday, mobilized his men and moved to the scene where the three men were apprehended right inside the school premises.

Husband Attacks Man With Cutlass For Sleeping With His Wife (Video)

“The unregistered Toyota car and the cutlass were recovered from them. On interrogation, Abidemi Oluwaseun confirmed hiring the other two men to the school to teach the teacher who beat his daughter a lesson of his life.

“Preliminary investigation revealed that, while the teacher was teaching, some of the students including the suspect’s daughter were mocking the teacher and distracting other students.

“The teacher after identifying those disturbing the class, flogged them as a corrective measure, but the suspect’s daughter went home and reported to her farther consequent upon which her father mobilized two thugs and stormed the school with cutlass.”

The state Commissioner of Police, CP Lanre Bankole, has requested that the suspects be properly investigated and charged to court as soon as possible.