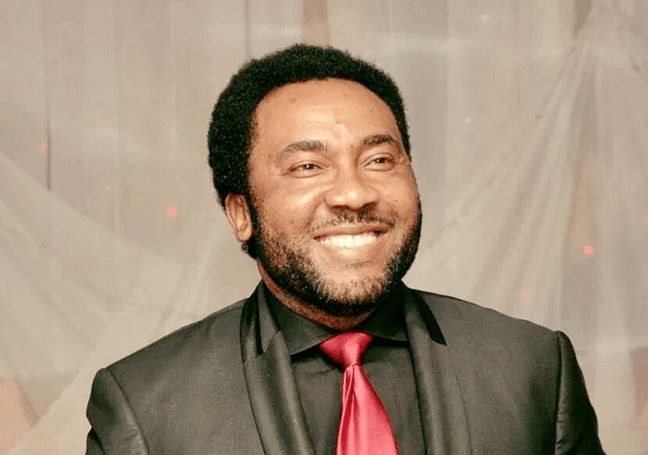 Igbo settlements can be found all over the world engaged in one form of business or the other. That’s not the only thing fascinating about the Igbo-speaking community. The Igbos practice an apprentice system known as “Igba Boi”, an old culture where an Igbo youngster is sent to learn a trade with a stable businessman. After completing his trade under his master, the master sets him up with goods and capital to start his own business.

Many Igbo Entrepreneurs, including some listed below, took this route and are successful businessmen today. This method is now referred to as the Nigerian model of stakeholder capitalism. However, only a few like the Igbos set the apprentice up after freedom.

The list of Igbo Entrepreneurs is exhaustively long and would take you quite some time to cover them all. So, here are just five of them. Just the ones you need to know and learn one or two things from.

Nnamdi founded SLOT systems Limited in 1998, an indigenous telecommunication and information technology company. The company is a retail company that sells affordable and durable mobile phones, computers, accessories, and other types of Electronics.

In 2001, the company started offering telecommunication services as well. With several awards in the bag, SLOT Systems Limited is worth $35 million.

Customer satisfaction is everything. Even if it costs you your profit, even if it costs you more than that. In the beginning of mobile telephony in Nigeria, the manufacturers from Europe and Asia didn’t see the Nigerian market as a big deal and wouldn’t provide warranty. Ezeigbo did. He would replace faulty devices believing his market share was dependent on keeping his clients happy. It paid off.

When entrepreneurs are Called you can’t skip this name. Comas founded the conglomerate “Coscharis”  in 1977 as a company that sells automobile spare parts. Coscharis was one of the Motor companies the Federal government granted the license to import in 1982. This marked the beginning of the company’s breakthrough.

Loses is part of business. As a business man, you would lose a lot of money. A certain senator from Anambra State once defrauded Maduka of hudreds of billions of naira but he still stands. It is what you do to stay afloat when you lose money that matters.

If you’ve not seen Leonard before, you would have seen his product. Leo Stan as he is often called is popularly known as the founder and chairman of the Zinox group. Zinox was founded in 2001 and is the first internationally certified branded computer OEM (Original Equipment Manufacturer) in West Africa.

You grow or die and one of the best ways to grow is to acquire. You can’t build everything from the scratch. Imagine if Facebook wanted to build their version of Instagram and Whatsapp. They just bought them. In business, be cat-eyed, be ruthless, and buy your rivals out.

If you say you don’t know Innoson, the follow-up is a sharp, how can you not. Chief Innocent Ifediaso Chukwuma is the founder and CEO of Innoson Vehicle Manufacturing (IVM), the first indigenous automobile manufacturing company in Nigeria.

The company was founded in 1981 as Innoson Nigeria limited, a dealer of spare parts. The company later expanded in purchasing and assembling motorcycles and the production of plastics. The company worth billions of dollars.

Emeka might not be as famous as Nwanwku Kanu, but he is a very successful entrepreneur, one of the most successful entrepreneurs east of the Niger. Emeka started his career with Rivways Lines Nigeria Limited, a company that deals with the importation of bitumen items. He was urged to earn the fundamentals by Pa Abadi who later helped him by buying and providing him with bitumen to sell to his customers.

This was how Chrome Group was Founded by Emeka Offor in 1994. The company is based in Abuja, with interests in Oil & Gas, Power, Logistics, Insurance, Broadcasting, and Telecommunications. The company is worth $2.9 billion.

Be relentless. Refuse to tie yourself down in the name of specialization. Do everything, enter every industry where there is money to be made. You are a capitalist, be greedy.

By Kelvin, Warri. Kingsley contributed the what to learn parts

LATEST: See Who To Blame Over Killings in Anambra State – Kanu Reveals