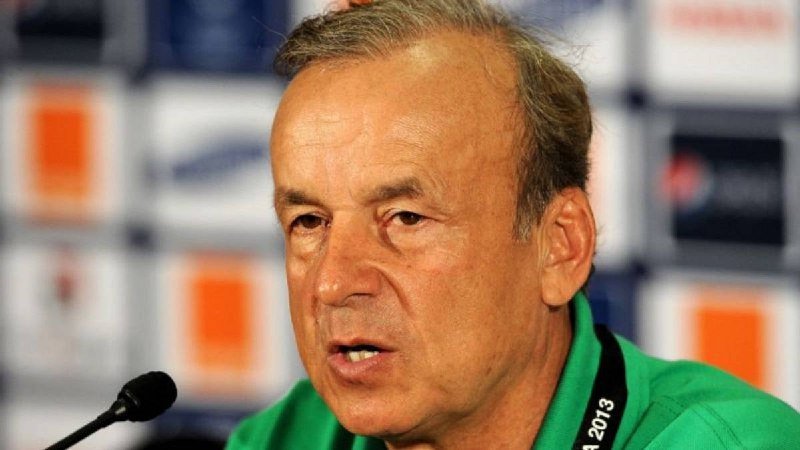 It was reported that the German tactician was allegedly relieved of his job by his employer, the Nigeria Football Federation (NFF), after five years in the saddle.

The German was reportedly sacked after one of the sponsors of the Super Eagles agreed to the termination clause in the German’s contract.

But in an interview with Newsmen on Thursday, Rohr stated that he has not been sacked as the national team head coach.

He, however, admitted that the NFF wanted him to quit the team after the Super Eagles lacklustre display in Tuesday’s 1-1 draw against Cape Verde.

Rohr was appointed head coach of the Super Eagles in August 2016 and led the team to a third-place finish at the 2019 Africa Cup of Nations.

The German’s conservative approach and Super Eagles’ uninspiring performances have been heavily criticised by some Nigerians who called for his sack.

Despite leading the Super Eagles to the 2022 World Cup play-offs, the Franco-German will not be taking the team to the playoffs and the Nation’s cup in January 2022.

Nigeria will face any of these teams which includes Egypt Ghana, Mali, Cameroon or DR Congo, when the playoffs draw goes down on December 18, 2021.

LATEST: Buhari Won’t Back Bola Tinubu For Presidency In 2023