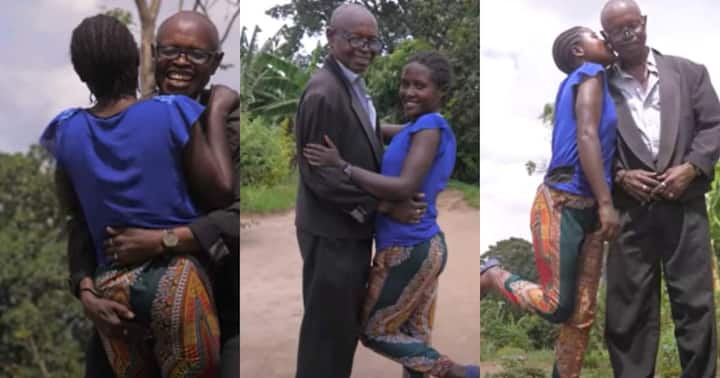 A 22 year old lady identified as Claudine and her lover, David, who happens to be 54 years older than her are set to tie the knot.

According to report, the couple revealed that they met in church a few years ago and fell in love.

According to the lovebirds, they have been dating for four years.

David who was an intercessor in church revealed that Claudine showed up in church on one of the days he was praying to God to bless him with a lover. The septuagenarian who had never been married said that immediately Claudine walked in, an unknown voice ministered to him that “this is your suitable partner”.

SARS Is Threatening My Life, If Anything Happens To Me You Know Who To Blame

Sharing her own story, the young lady said after meeting David, she never thought they would fall in love because she always saw him as a father, given his age.

Claudine revealed that people criticized them over their huge age difference but that never changed her feelings towards him.

She said, “People will talk but there is nothing that will change since I love him. They would say we don’t match but I told them a loving heart is enough.”

“I never fell in love looking to inherit possessions”

“He makes me happy and always lifts me. No other man has ever did this to me,” she added.

The young lady revealed that despite friends and the public criticizing her for falling in love with an old man, her parents gave her their support.

SARS Is Threatening My Life, If Anything Happens To Me You Know Who To Blame

The happy couple is planning to walk down the aisle as David has proposed and she said yes.