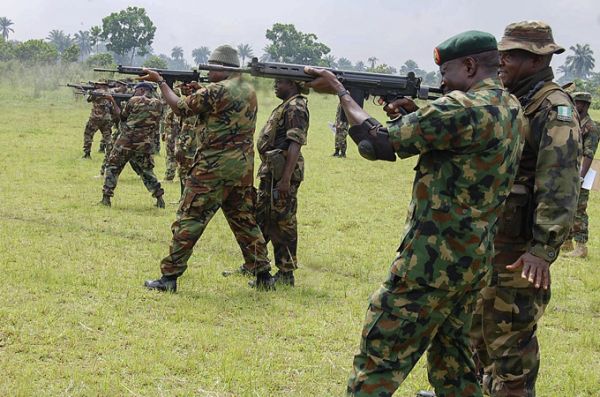 Anaedoonline.ng reports that the security operatives stormed the village to arrest the criminals and rescue kidnapped victims held in their dens.

It was gathered that the raid on the hoodlums was in continuation of Monday’s military operation in the area.

During the operation, the gunmen barricaded the roads with fallen palm trees, making it difficult for the security operatives to invade the camps.

The gunmen were said to have dug gullies on the roads to prevent security vehicles from gaining access to their camps.

The military vehicles were held up for more than 30 minutes as the security operatives had to use shovels to cover the gullies and saws to cut the fallen palm trees to clear the road.

64 Persons Recommended For Appointment As Judges By NJC (Full List)