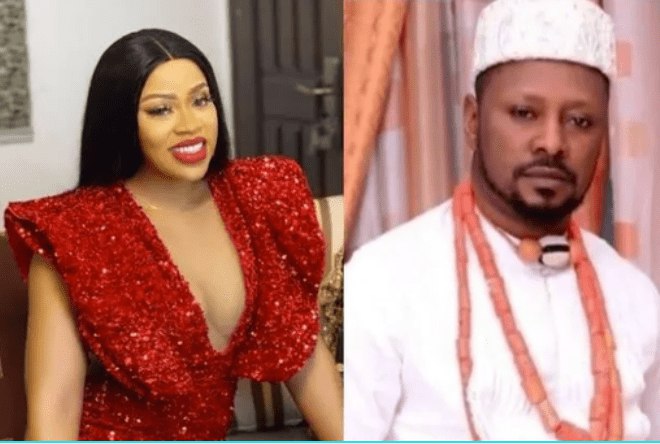 Nigerian actress, Merit Gold has called out Prince Kpokpogri over events that led to the collapse of his relationship with Tonto Dikeh.

Gold is believed to have played a role in the controversial split between the politician and Dikeh.

She had earlier claimed that she was used by the politician during his face-off with Dikeh. Gold also alleged that Kpokpogri only wanted to use Dikeh’s influence to get famous.

In several posts via her Instagram stories on Tuesday, Gold described the activist as “a foolish and an ungrateful human being.”

“This December be dey go well sha until some people wan use foolish person claim uncle after dem don go knack ashawo man. Beware of backstabbers and betrayers because of small money.”

The actress also threatened to release a confessional video wherein she vowed to explain what transpired between him and the politician.

“I’ll be posting the confessional video on my comedy page, you all need to know the truth,” she added.

Dikeh and Kpokpogri have been in the news since their relationship turned sour in September.

They had accused each other of cheating, with a series of leaked audios surfacing online to back their claims.

In the heat of the drama, Dikeh claimed she found that Kpokpogri had — before she called off their relationship — recorded sex tapes of Jane Mena, the dancer and influencer, and other married women.

Jane Mane and Dikeh had recently engaged in a war of words over the matter.

Young Lady Proposes To Her Boyfriend In Uncompleted Building [Video]