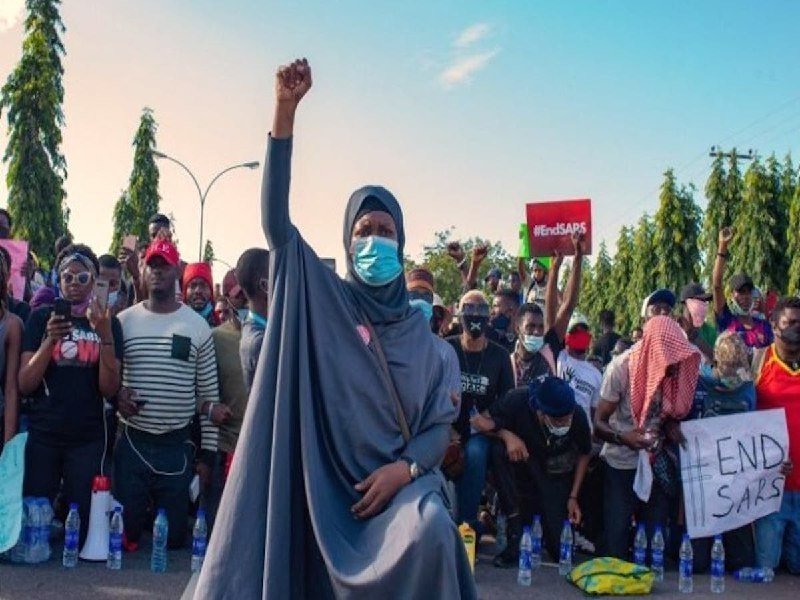 A frontline ‘Bring Back Our Girls’ campaigner and socio-political activist, Aisha Yesufu, has insinuated that political elements in the core North will do everything possible to frustrate the emergence of either a northern Christian or Southern Muslim as President in the 2023 election.

The activist, who stated this against ongoing political permutations on the 2023 presidential election, said what the country needs now is a leader that will bring about good governance irrespective of religion affiliation or zone of origin.

“They will not even accept Northern Christian and Southern Muslim President.

” So pathetic!” Yesufu said in a post on her verified Twitter’s handle on Friday.

Anaedoonline.ng reports that the clamour for power shift to the South following the two terms of President Muhammadu Buhari which will end in 2023 has heightened in the country.

However, politicians from both the North and South of the country have expressed interest in the presidential seat in the two major political parties ;All Progressives Congress (APC) and People’s Democratic Party (PDP).

Former Lagos State governor and APC national leader, Bola Tinubu, who is also eyeing the presidency was recently quoted as saying the Yoruba of the South-West would accept Muslim-Muslim ticket in the election, if allow to fly the party’s flag.