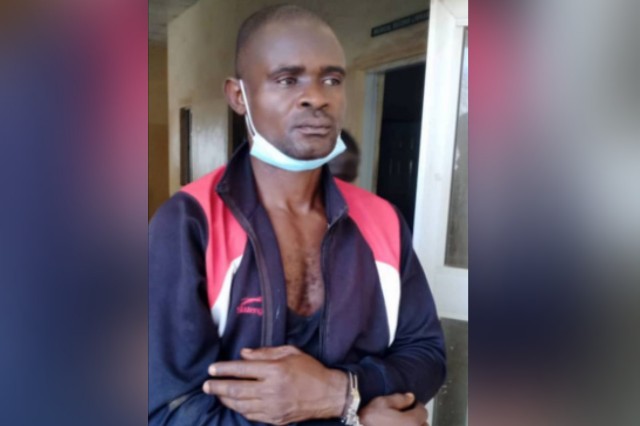 A 36-year-old man identified as Patrick Odeh has been arrested by the Federal Capital Territory Police Command for allegedly raping a waitress for hours at gunpoint in Orozo area of the state.

The suspect allegedly invaded the bar where the 25-year-old waitress works in Anguwan Seriki area of Orozo community, on Wednesday, January 12, forcefully made his way to her apartment located on the grounds of the bar, and allegedly attacked her.

He is alleged to have raped her at gunpoint from 1am to 4am, and later took her to his house where he continued.

Odeh, said to be a member of a cult, was arrested on Thursday morning, Jan. 13, and a locally made pistol with live ammunition was found in his house.

The case is currently under investigation.