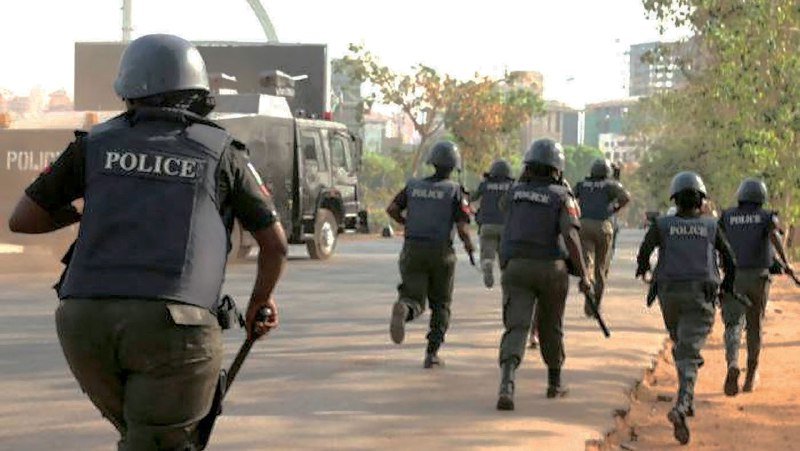 Reports have revealed that Security operatives on Thursday created a scene as they exchange blows while President Muhammadu Buhari was commissioning Kawo bridge, Kaduna State.

Anaedoonline.ng had earlier reported that the President is on a two-day official visit to the state to commission projects executed by Governor Nasir El-Rufai.

President Buhari within two days is expected to commission the projects which are in Kafanchan, Kaduna and Zaria.

Buhari after his return from Kafanchan commissioned the Kawo bridge.

However, an argument between security operatives attached to the President and those based in Kaduna resulted in the exchange of blows.

It was gathered that the drama started when some operatives of the Department of State Services blocked the road to Kawo bridge soon after the president mounted the bridge.

The State Governor who had earlier alighted from his vehicle rode in the president’s convoy to the bridge.

Security agents blocked the road after El-Rufai and the president were on the bridge, thereby stopping journalists and other dignitaries from accessing Kawo bridge.

According to report, El-Rufai’s Aide-De-Camp (ADC) who was not pleased with the development insisted that the governor’s official vehicle must be allowed access.

The president’s security aides stood their ground and this resulted in not just an altercation but an exchange of blows, eventually the governor’s vehicle was given access.