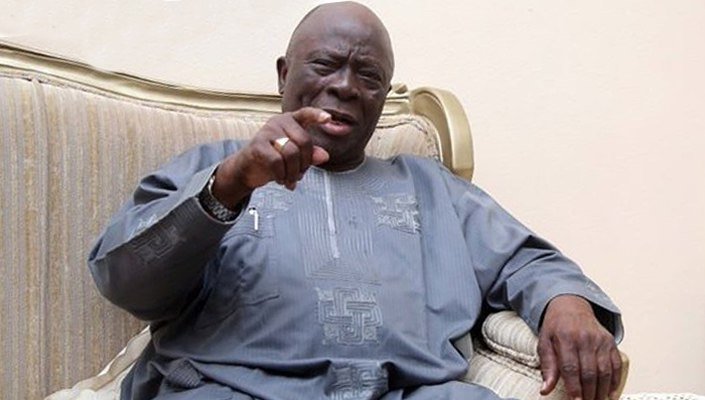 The acting leader of Afenifere, Chief Ayo Adebanjo ahead of the 2023 general election has disclosed plans by the organisation to form a new political party.

Adebanjo stated that the pan-Yoruba socio-political organisation will not be supporting any candidate in the forthcoming presidential election rather it will present its own presidential candidate.

Adebanjo made this known to newsmen on Tuesday, at its Annual General Meeting of the organisation held at his country home in Sanya Ogbo, Ijebu-Ode, Ogun State.

However, the Afenifere leader failed to disclose the name of the party and the time it would be launched.

Adebanjo said Afenifere will not take part in the 2023 elections until the 1999 constitution is reviewed and the country is restructured. The Afenifere leader noted that the country’s law doesn’t guarantee a free and fair poll.

“I don’t believe in election until they change this constitution, there is no level playing field under this fraudulent constitution.”