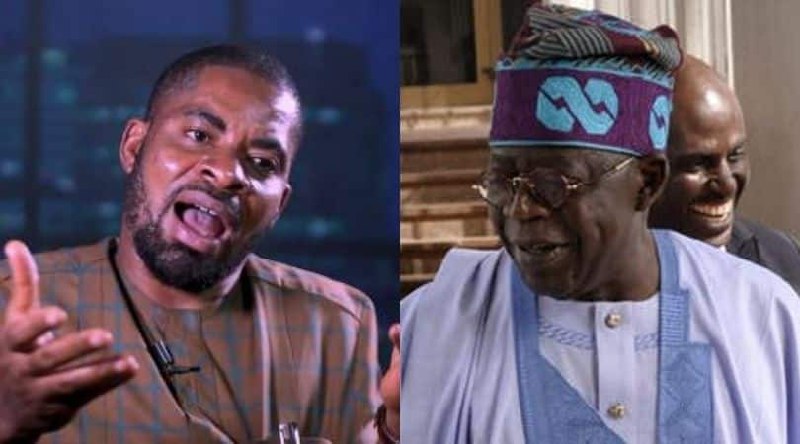 The convener of Concerned Nigerian movement, Deji Adeyanju has stated that the National leader of the All Progressives Congress, Bola Tinubu should be in jail rather than out there running for the presidency.

The human rights activist pointed to the fact that the former Governor of Lagos State has unaccounted billions to his name with no known source of income.

Adeyanju in an interview with Newsmen noted that Tinubu’s decision to run for Presidency is an insult to the sensibility of Nigerians.

2023: There’s A Plan To Give Jonathan Presidential Ticket – Deji Adeyanju

He lamented that the Economic and Financial Crimes Commission, EFCC, has refused to act on a petition calling for Tinubu’s prosecution.

Adeyanju said, “It’s an absurd and insult on the integrity on the sensibility of Nigerians that a man that lacks integrity and character and is notorious for being the chief landlord of Lagos State wants to crave the country into the unfortunate situation Lagos State has found itself where he is milking the poor masses dry.

“Tinubu, who does not have any known past experience, source of income, now has unaccounted billions to the extent of moving them to his house on the eve of the last general elections, which is against the clear provision of the constitution.

“Quote on this, what he did is a gross violation of the provision of the prohibition of the money laundering Act, it’s a clear violation of section one of that Act that forbids all private citizens in Nigeria to have in their possession not more than five million naira cash.

“EFCC has received our letter, and we have a subsisting petition before the commission that we had severally insisted that Tinubu should be prosecuted for money laundering. Somebody who should be in jail is saying he wants to contest to become the president of Nigeria; what an insult to the sensibility of all Nigerians. People like him should be rotting in jail for the damage done to this country.”