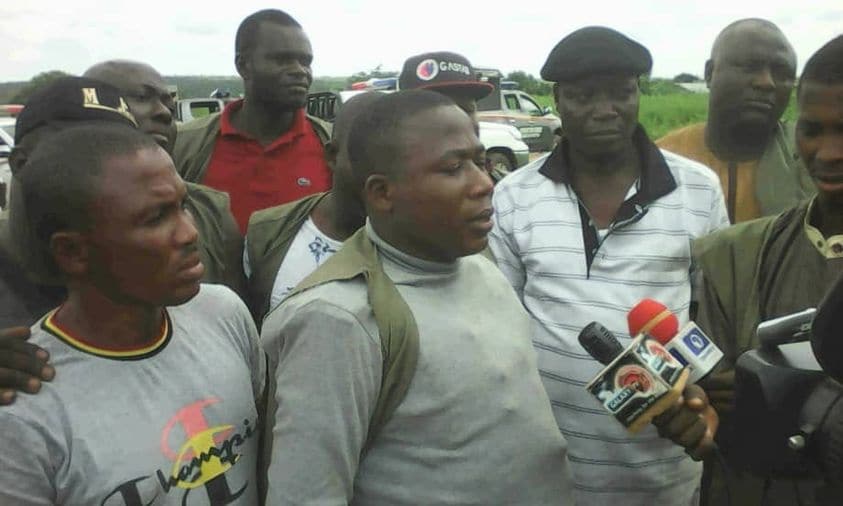 Sunday Igboho, a Yoruba Nation liberation warrior, has blamed his agitation on the current condition of affairs in Nigeria.

If the Nigerian administration had developed the country like the Benin Republic, Igboho stated he would not have gone on strike.

He stated that if the Nigerian government had provided the safety of Nigerians in the same way that the Benin government had done with its citizens, agitations would not have occurred.

Prof Banji Akintoye, the head of the Ilano Omo Oodua, and his deputy, Prof Wale Adeniran, discussed this with Igboho in Cotonou, Benin Republic.

The Benin Republic’s security forces, according to the freedom fighter, are not as corrupt as their Nigerian counterparts.

He said the current President of Benin Republic, Tallon, has been able to ensure adequate security of his citizens, unlike the Nigerian government.

According to Igboho: “What was the cause of my coming out and running around to go demand a better country?

“If Nigeria were to be like the Benin Republic of today, what would have made me come out? If our country, Nigeria were like Benin, I would have no reason to agitate because there’s nothing that I want, that God hasn’t given me.

“I have been visiting Benin Republic since 1996; at that time, the police were always at checkpoints collecting bribes from motorists, but when the incumbent President got into power, he eradicated the act.

“In those days, although numerous police officers were always on the streets, stealing and killings were prevalent, but the new President brought that to a halt, and he made a law that DPOs would be held accountable for the actions of thieves operating within their jurisdictions.

“He increased the salary of the police personnel. Benin Republic police officers are paid three times more than Nigerian police officers. There are no more police checkpoints here in Benin, and no matter how far you travel, you’ll not be accosted by thieves on the highway.”

Stressing that the Benin Republic has not experienced a blackout or lacked water for “seven months,” he said the President investigates projects himself.

“If we have such a government in Nigeria, no one will agitate. Citizens will be happy in a country where the government provides stable power supply, adequate security, and adequate water supply, because that is a good government,” he said.

The Yoruba Nation agitator has been incarcerated since last year in Cotonou, Benin Republic.

Security operatives picked up Igboho at an airport in Cotonou while attempting to travel to Germany.

He had fled Nigeria to Cotonou after the Department of State Services, DSS, declared him wanted.

2023: See What Omokri Said on VP Osinbajo Declaring For President That Is Causing Wahala