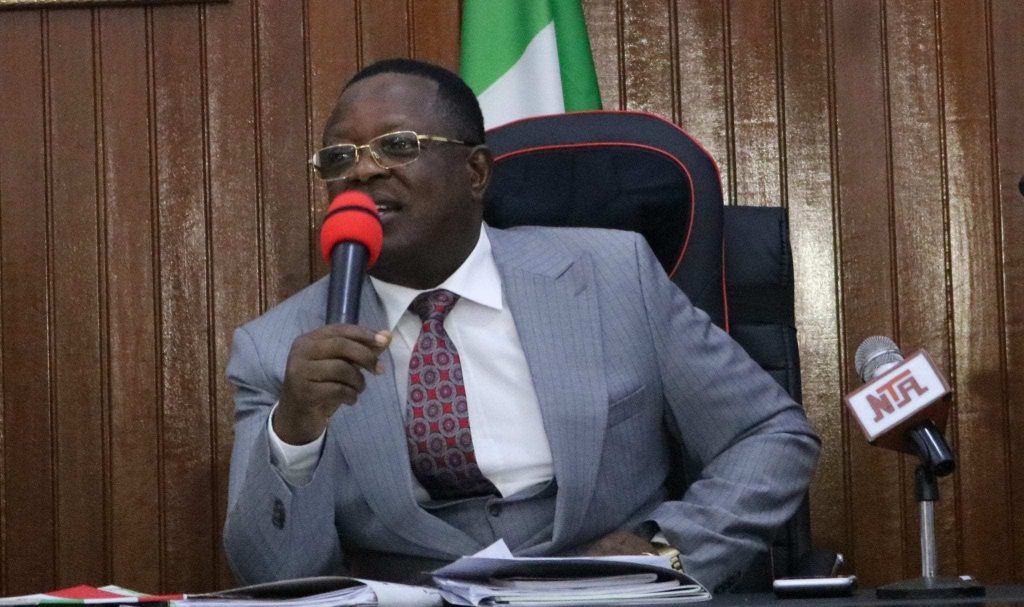 Dave Umahi, the governor of Ebonyi State, has disputed allegations that he has withdrawn from the presidential campaign in 2023.

This follows a viral rumor on Tuesday claiming that Governor Umahi has opted to run for the Ebonyi South senatorial seat in 2023, thereby abandoning his presidential ambitions.

In response to the reports, Barr. Orji Uchenna Orji, the Ebonyi Commissioner for Information, informed Newsmen that the information is incorrect and should be dismissed.

He blamed the opposition, claiming that such claims were made to divert attention away from Governor Umahi’s bid to succeed President Muhammadu Buhari in the next presidential election.

He urged the opposition forces and their agents to desist from fruitless and bizarre orchestrations against God’s servant and accomplished leader.

Orji said “The falsehood trending currently in Social Media that Governor Umahi has dropped his ambition for Senate is nothing but empty and vaunting architecture of political charlatans who are intimidated by the tall and admirable hallmarks of leadership excellence recorded by Governor Umahi and which has put him forward as a frontline Presidential material that can win the hearts of Nigerians in 2023 General Election. Governor Umahi’s Presidential ambition is unwavering and is alive in the hearts of Nigerians.

“We advise the opposition forces and their agents to desist from all these fruitless and bizarre orchestrations against God’s servant and accomplished leader, for that is bringing more ostracism to their own organisms. We assure them that no matter the secrecy and potency of their plots, God will bring it to naught as we come in the name of God.

“We shall not hesitate in exposing the identities of the paid jobbers and their principals who have taken to social media to escalate fake news and false information aimed at undermining the Presidential ambition of Governor Umahi,”