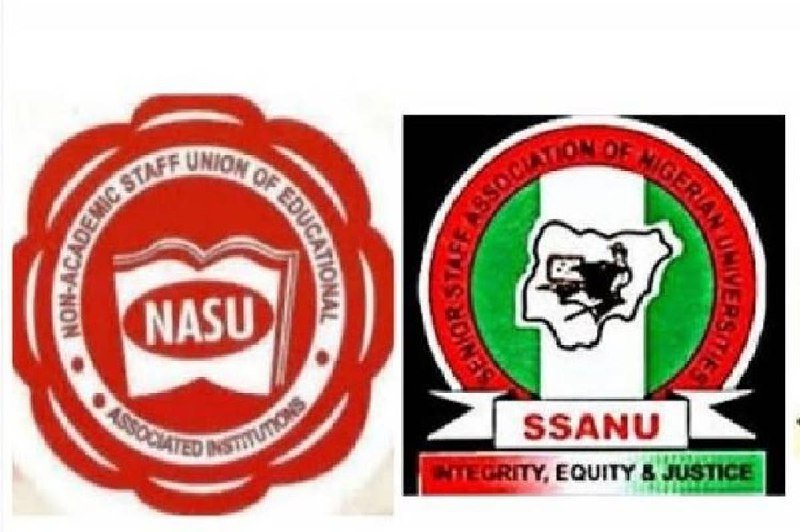 The Non-Academic Staff Union, NASU, and the Senior Staff Association of Nigeria Universities, SSANU, extended their 14-day warning strike at Nigerian universities by another month on Friday.

In a statement dated April 21, 2022, SSANU’s National President, Mohammed H. Ibrahim, and NASU’s General Secretary, Peter A. Adeyemi, respectively, told members that the strike had been prolonged by one month.

“It was unfortunate that the government had kept mute and remained indifferent to the demands of JAC of NASU and SSANU,” the statement noted.

“Deriving from the feedback received from our branches in respect of the resolutions conducted which supported fully the ongoing strike and other actions taken by the leadership of JAC, this is to inform members that the strike has been extended by one month to commence on midnight of Sunday, 24th April 2022, pending when the Federal government would have change of heart and be favourably disposed to our demands as highlighted in our letters dated March 1st, 2022, to the representative of the government, the Hon. Minister of Labour and Employment,” the statement added.

The body also took note of the media statement credited to the representative of the government, Dr Chris Ngige, Minister of Labour and Employment on the “No Work No Pay” policy to its members.

The demands of the two unions include the inconsistent issue of IPPIS, unpaid earned allowances and delay in renegotiation of the Federal Government of Nigeria, NASU, SSANU agreement and non-payment of minimum wage arrears.

Others included neglect and poor funding of state universities, non-payment of retirement benefits to outgoing members of the unions and usurpation of headship of non-teaching units in clear violation of conditions of service and establishment procedures, among others.