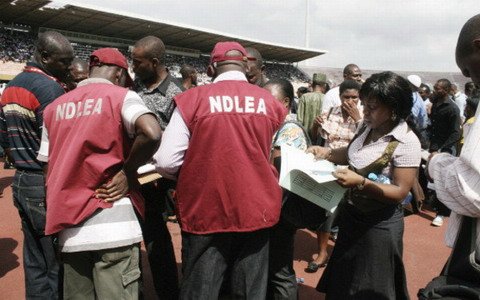 Buba Marwa, the chairman of the National Drugs Law Enforcement Agency (NDLEA), has stated that he has requested authorization to perform drug testing as part of the screening process for the governing All Progressives Congress presidential contenders in 2023.

Mr Marwa said he hopes other political parties would engage in the program, speaking at an award ceremony for NDLEA officers in Abuja on Wednesday afternoon.

APC politicians Bola Tinubu, Yemi Osinbajo, and Rotimi Amaechi have all expressed their desire to compete for president.

Mr Marwa’s plans for carrying out the exercise were not immediately apparent, although his idea might be related to earlier allegations of political drug usage.

In the early 1990s, Mr Tinubu, a former Lagos governor, was arrested and charged with trafficking heroin and other hard drugs in the United States. He forfeited hundreds of thousands of dollars to the U.S. government following his indictment at the time. He denies wrongdoing.

Femi Babafemi, a spokesman for the NDLEA, told Peoples Gazette additional details of the drug test for politicians will be made public later.