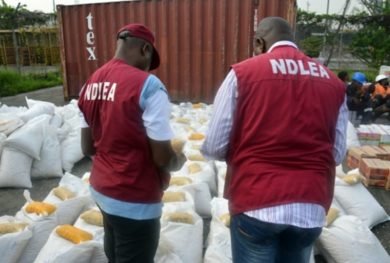 Prior to the 2022 World International Anti-Drug Day, the Nigeria Drug Law Enforcement Agency’s Imo State Command reports that 218 drug suspects, including 171 men and 47 women, have been detained. The agency also reports that 1,471.314kg of drugs have been recovered between July 2021 and June 2022.

The Imo State NDLEA Commandant, Mr. Reuben Apeh, stated that many of the arrested suspects were arraigned and found guilty for drug-related offenses at the Federal High Court in his remarks on Thursday during the instance of the year 2022 International Day Against Drug Abuse and Illicit Drug Trafficking, tagged, “Addressing the Drug Challenges in Health and Humanitarian Crises.”

He said, “Within the period covered, 51 were convicted and 145 were charged and their cases are still ongoing”.

Apeh stated that the drug situation in Imo was worrisome as he said that women had joined the drug trade to make ends to their financial crises.

Apeh, however, said that cannabis farm in hectares was also destroyed in Imo just as he added that 0.5278kg of Rohypnol and 2.5135kg of diazepam were also among the seized exhibits.

He regretted that activity of the drug peddlers had been alarming in the state among the younger segment of the state population.
He called on the stakeholders to partner with the NDLEA to sensitise society on the dangers of drug abuse.