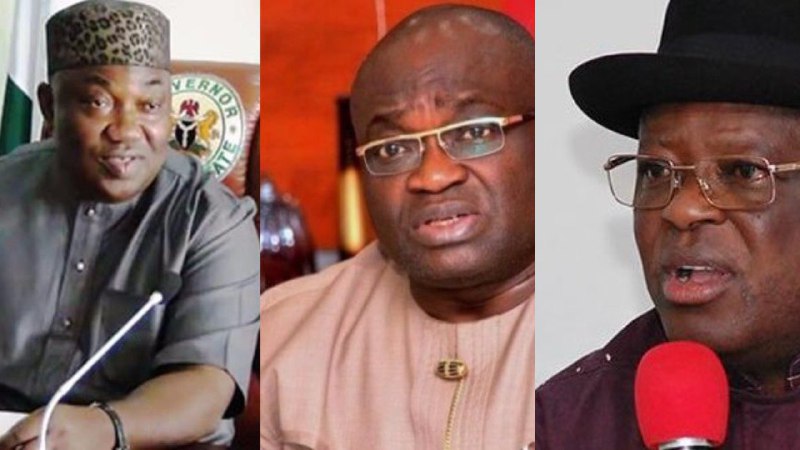 The South-three East’s active governors running for the Senate will be beneficial for the region, according to the Igbo sociocultural organization Ohanaeze Ndigbo.

According to Anaedoonline.ng, two governors from Enugu and Abia, Ifeanyi Ugwuanyi and Okezie Ikpeazu, respectively, have emerged as PDP senatorial candidates.

In a same vein, Ebonyi State Governor Dave Umahi, who has been embroiled in legal issues, has finally emerged as his zone’s All Progressives Congress, APC, senatorial candidate.

The 2023 election, according to Ohanaeze Secretary-General Mazi Okechukwu Isiguzoro, would be a time of rewards.

“Ohanaeze Ndigbo worldwide applauds the emergence of some South-East Governors as their party’s flagbearers for their senatorial districts in the 2023 elections.

“This is the time Ndigbo will reward them for their excellent accomplishments in their various States.

“Governor Ikpeazu’s brilliance in economic policies and security initiatives makes Abia the safest State in the South-East and the economic hub Center for Ndigbo. He has an Igbo mandate to represent Abia South Senatorial district in the Senate.

“Umahi’s emergence as the APC flagbearer for Ebonyi South senatorial district after the rerun primaries on 31st July, 2022, completes the circle of achievers who are the best to represent the southeast in 10th National Assembly,” the Ohanaeze scribe said.

He warned that this was the time for non-performing lawmakers “to voluntarily retire from their senatorial seats in the South-East or be disgraced in the 2023 polls.”

“Most of them have been sleeping in the Senate and most of them never judiciously used their constituency funds for the good of the people,” he stated.