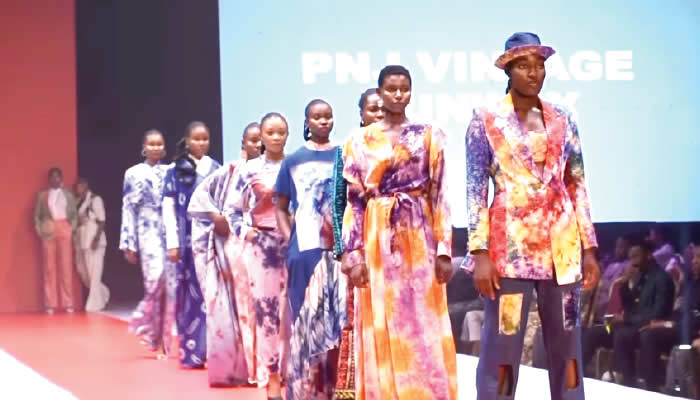 African fashion was on display during the African Fashion Week, which took place from September 7 to 9, 2022.

The event, which took place at the Eko Hotel & Suites in Victoria Island, Lagos, was organised in conjunction with the Lagos Fashion Fair in order to promote the rich fashion culture of Nigeria.

More than 60 African designers were represented during the week. On the first day, attendees arrived on the red carpet and rotated around the booths and cubicles at the venue where textiles, jewellery, and other fashion products were on show. Following the red carpet event, models strutted down the runway wearing creations by Modesty Signature, Adire Odua Ready To Wear, and Glue by Nasir Elias.

On the second day, models turned out in traditional attire, as well as kids’ outfits by Laura and Mo. There were also female clothing by Liquid Fashion and Design. Popular show host, Denrele Edun, was also on hand to thrill the audience, even as he spoke about his journey in the fashion industry.

Other highlights of the event include fashion designer and stylist, Toyin Lawani, aka Tiannah’s masterclass sessions, while popular actress, Mercy Aigbe, spoke on the importance of getting trained in film schools, so as to identify their strengths, rather than just going into the movie industry without being trained.

Popular skit maker, Samuel Perry, aka Broda Shaggi, also advised youths that they don’t need to own cameras before becoming content creators. According to him, they can start with their phones.

Guests at the event include Funke Bucknor and Hazel Onou, aka Whitemoney.