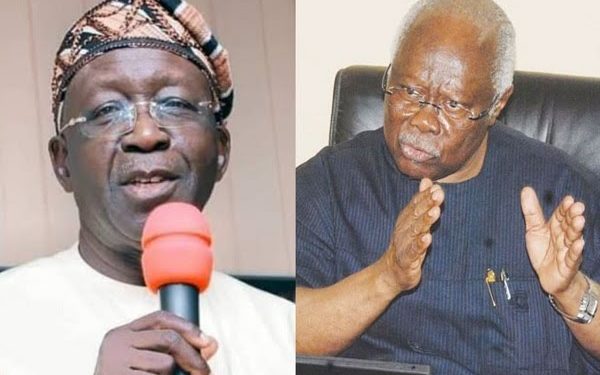 On Wednesday night, George claimed that the requests for Ayu’s resignation were a moral issue that the party needed to resolve in an interview for a Channels TV program.

George proceeded by saying that Ayu’s continuous presence in the workplace did not demonstrate inclusivity and compassion.

2023: This Is What Nigerians Should Vote And Not Tribe, Religion – Peter Obi

The PDP Board of Trustees (BoT) member also differed with Atiku Abubakar, the party’s nominee for president, on the requirement that Ayu’s resignation adhere to due procedure.

He said, “We are not talking about removing him or forcing him to resign. What we are saying is Senator Ayu by himself stated that peradventure the presidential candidate emerges from the north, he would resign. So why is he sticking to the point of our constitution?

“What we are talking about is purely a moral issue. Once we use the same moral issue to allow Atiku Abubakar to compete at the primaries; President Buhari is from the North, should another Northerner replace him? Doesn’t that affect inclusivity?

“If he is talking purely on a legal issue, no, that is not what we are saying; if we use the same moral compass to allow him to compete if we zoned the position, would he have emerged? It is not a fixated thing that can’t be fixed.

“We are not talking on a constitutional issue of Ayu resigning or not, what we are saying is that on a moral basis, resign as national chairman.”

Remember that Nyesom Wike’s campaign withdrew from the party’s campaign council and pledged not to participate in Atiku’s campaigning until Ayu resigned.

The Wike camp reportedly made the choices at a strategy meeting that took place in Port Harcourt and ended in the wee hours of Wednesday.