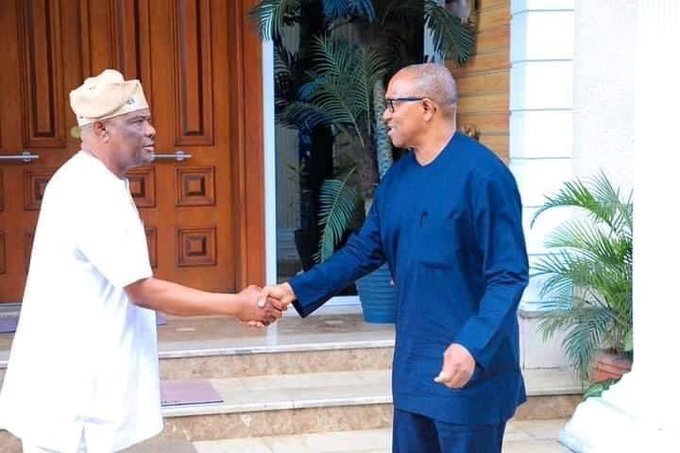 Nyesom Wike, the governor of Rivers State, has reiterated that Alhaji Atiku Abubakar, the PDP presidential candidate, is not an issue because of the G-5 consensus governors.

He stated, “Nigerians know those who rejected the zoning of party chairman first,” on Monday at the Flags-Off Construction of Akpabu-Odido and Ekpeda Roads in Rivers State. Because I thought the presidency should go to the South, I was one of those who advocated for the zoning of the Party chairman to go to the North.

“I also attended a meeting of the Southern governors where we agreed that the presidency should come to the South and when the zoning committee was set up, this same Atiku had gone to buy form, to frustrate the recommendation of the zoning committee. That was what happened. Saying when they had bought form, will you tell people to withdraw? That was the agreement, now it’s hunting them.

Everybody should bring their issues with them wherever they are. Leave the G5 governors alone, leave me alone, and leave Ortom alone.

Wike, who encouraged residents of Akpabu-Odido and Ekpeda to abstain from voting for the All Progressive Congress, APC, in the upcoming election, chastised Rotimi Amaechi, a former minister of transportation, for failing to launch significant projects in the State while he was in office.

He said: “I watched the former governor carrying his business partner along, saying that they should vote for him, that he’s going to do well. Why will he not do well for him? When you sold our gas turbine to your governorship candidate.

“When Amaechi was governor did he remember you? So tell him to go away with his candidate. Even when you said you love Rivers state, I agree but you don’t cite a school where people are not living, that you being born in Ikwere land does not make you an Ikwere man. There’s no illegality Chidi Lloyd did not defend in the Assembly because of Amaechi to the point that they had to gather the State Assembly to the government House for the interest of Amaechi, yet no road was constructed where Lloyd came from. So when a man claimed to be a proper Ikwere man, what did he do for Ikwere people?

That is what is called interest. It is not when you think people will compete with you. You are afraid of raising people who will compete with you. No man can be an island, any man who wants to be the only big man in his community is a wicked man. What is the essence of wealth when you cannot raise other people from your area”.