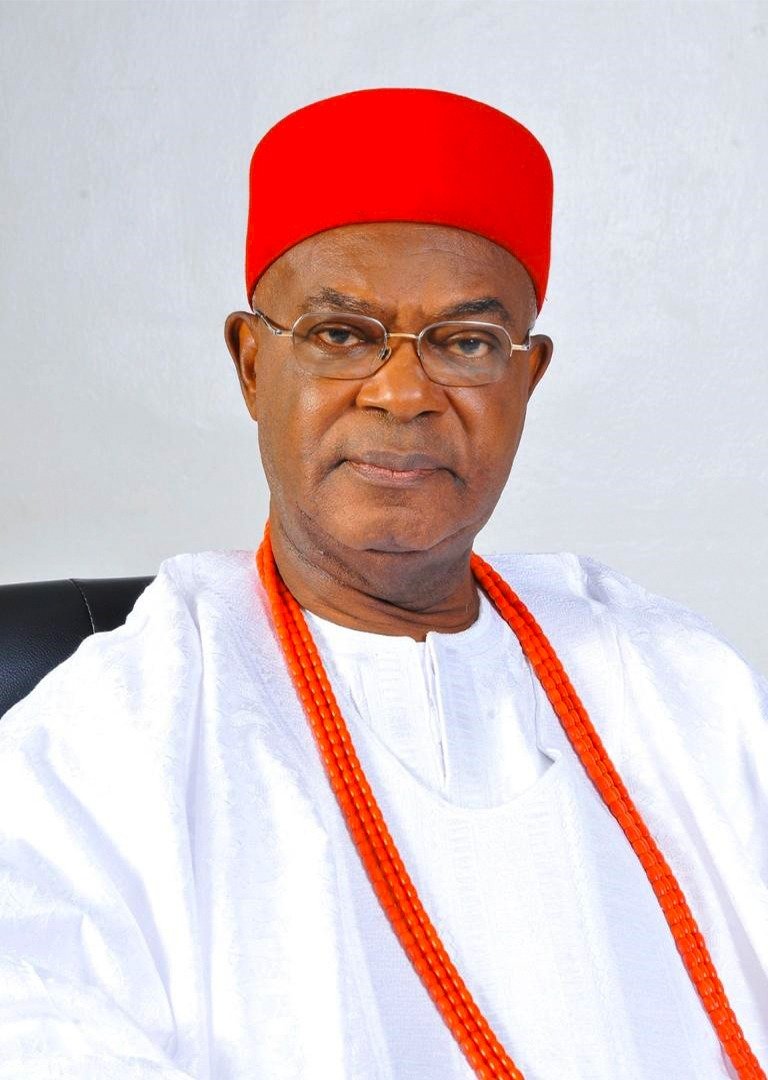 The Obi of Onitsha, Nnaemeka Achebe, has refuted claims that he got into a fight with former President Olusegun Obasanjo over the Second Niger Bridge.

In a statement made in response to Obasanjo’s criticism of the Buhari administration, the president’s spokesman, Garba Shehu, said that Obasanjo had fooled the south-east during the flag-off for the construction of the Second Niger Bridge.

The Obi of Onitsha allegedly got into a fight with the former president after being labelled a liar, according to Shehu.

He wrote; “Obasanjo laid the sod for the bridge in his first term as elected President and work never started.

“When he sought re-election for his second term in office, he returned to the site to turn the sod for the bridge the second time. When the Obi of Onitsha, forthright and scholarly, reminded him that he had done this in the past, Obasanjo told the foremost Southeast traditional ruler that he was a liar, in the full presence of the Chiefs and Oracles in his palace.”

The Obi of Onitsha, however, said in a statement issued by Chinyelugo Anionwu, chief of staff to the Onitsha traditional council, that he never took part in any ceremonies for turning sod for the second River Niger Bridge during President Obasanjo’s first term.

It read; “His Majesty, Nnaemeka Achebe, CFR, mni, Obi of Onitsha, by his position as traditional and natural ruler, should normally not engage publicly in high level discourse on affairs of State between two of our highly respected national leaders, President Muhammadu Buhari, GCFR and former President Olusegun Obasanjo, GCFR.

“However, the Palace deems it absolutely necessary to ensure that public statements relating to our monarch are factually correct.

“Accordingly, the Palace would like to state categorically that His Majesty was never involved in any sod turning ceremony for the second River Niger Bridge during the first tenure of President Obasanjo as President of the Federal Republic of Nigeria and, therefore, could not have engaged in any altercation with the then President as stated in the above press release.

“The only involvement of His Majesty with President Obasanjo regarding the Second River Niger Bridge was at the very tail end of his second term as President during a low-keyed flag-off of the project when His Majesty prayed that the succeeding administration would construct the bridge expeditiously.

“Onitsha people will continue to express their utmost gratitude to President Buhari and his Government for successfully constructing the magnificent bridge.”