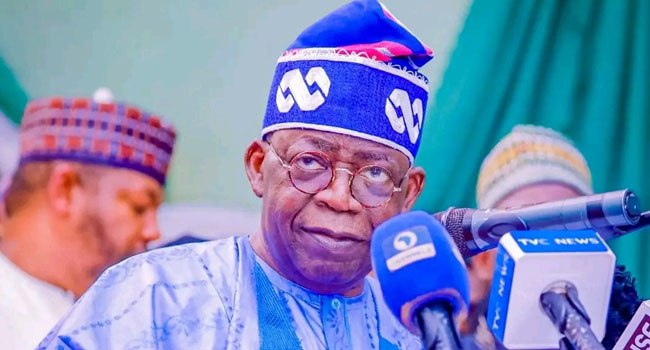 Asiwaju Bola Tinubu, the APC’s presidential candidate, voiced confidence in his party’s ability to win both Kano State and all of Nigeria in the 2023 elections on Wednesday in Kano State.

Tinubu was in Kano for the kickoff of the Northwest presidential campaign rally and received a thunderous welcome from the locals.

He expressed his gratitude to the state’s residents for their massive turnout, support, and collaboration.

Gov. Abdullahi Ganduje urged party followers to support the APC in all wards during the next general elections.

He told the APC presidential candidate that Kano’s voters will support the party, claiming that the populace has benefited from the APC administration’s promotion of democracy.

According to the governor, the party recognized and was inspired by the enormous crowd that welcomed Asiwaju Bola Tinubu to Kano.

“The success of the rally is a clear statement and demonstration of the preference of Kano people as regards the choices before them.

“The support for Gawun/Garo is a vote of confidence for our governorship candidate and his deputy,” NAN quoted me as saying.

According to Ganduje, Tinubu possesses the morals, ability, and knowledge necessary to lead the nation with distinction.