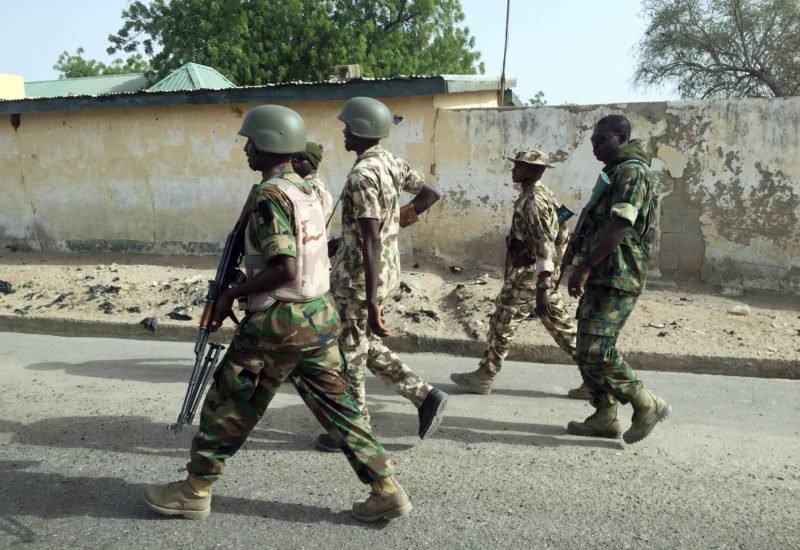 The Coordinator, Defence Media Operations, Maj. Gen. John Enenche disclosing this during a briefing in Abuja on Thursday on the military operations across the country, said a soldier lost his life while rescuing a nursing mother.

He stated, “The period in focus witnessed a decline in criminal activities in the zone. However, within the period under review, troops of Operation Sahel Sanity reacted swiftly to a distress call about bandits who attacked Diskuru village in Faskari Local Government Area of Katsina State.

Read Also: JUST IN: Bandits Kill 2 Nigerian soldiers And A Colonel In Clash

“The gallant troops engaged the criminals in a fierce firefight forcing them to withdraw in disarray while three bandits were neutralized by the troops as several others escaped with various degrees of gunshot wounds.

“During the exploitation phase, two additional bandits’ bodies were discovered along their withdrawal route. Equally, three women and their infants earlier kidnapped by the bandits were rescued. Regrettably, one brave soldier paid the supreme price in an attempt to save one of the rescued nursing mothers in the heat of the encounter.”

Iheanacho’s Goal Shortlisted For Goal Of The Month