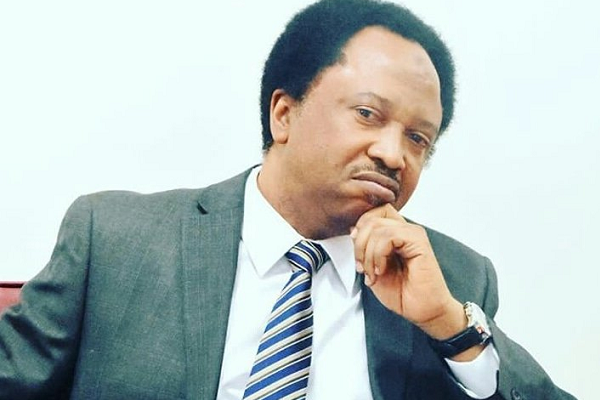 The All Progressives Congress in Kaduna State on Monday, tackled the immediate past Senator representing the Kaduna Central Senatorial District, Senator Shehu Sani, who said he would contest the governorship seat in the state, come 2023 to clear the rot by the APC in the state.

The APC, in clear terms, told the former lawmaker that governance was a serious business that required serious minds like that of the incumbent governor Nasir El-Rufai and not for “idle bloggers”.

Anaedoonline.ng reported that Sani had on Sunday, said on a radio interview that he would be the next governor of the state after incumbent Nasir El-Rufai in 2023 with or without money.

The activist while indicating interest to join the race to Sir Kashim Ibrahim Government House, Kaduna in 2023, had said, “I don’t have money to share to delegates to vote for me, money politics is what brought the country into the mess under the ruling party.

“If the masses decide to vote for me, with or without money, I will win.

“We sat with my loyalists and supporters and they wanted me to contest the governor of Kaduna State which I will do to remove APC, God willing; to remove anointed candidate of the state governor and to enter the Government House where a Comrade will be sworn in as the next governor that will bring changes, that will clean all the dirt they brought in the state in the name of development.”

However, on Monday, Publicity Secretary-elect, APC Kaduna State, Salisu Tanko Wusono, shot back at the former lawmaker, saying that it was sad that as the 2023 general election approaches, all sort of characters were dreaming to succeed governor el-Rufai.

Wusono, who said this in a statement titled, ‘Kaduna people will not allow nonentities to set them back,’ with the subtitled, ‘governing Kaduna is not grand comedy,’ insisted that “Governance is a serious activity, meant for those with a track record of serious endeavours, vision, values and clear policies.”

The APC spokesman added that governing the state which recorded serious development over the years under governor El-Rufai, was “not for idle bloggers that think that decades of scavenging off the woes of people qualify them for leadership.”

According to him, the APC has changed the democratic game in the state, making politics and governance an arena for “the serious and the accomplished.”

He further added that considering the development strides of the APC government in the state, “2023 will further confirm that Kaduna State is not an arena for those who have never run anything, who do not have any understanding of development or any appreciation of governance as a serious undertaking.”