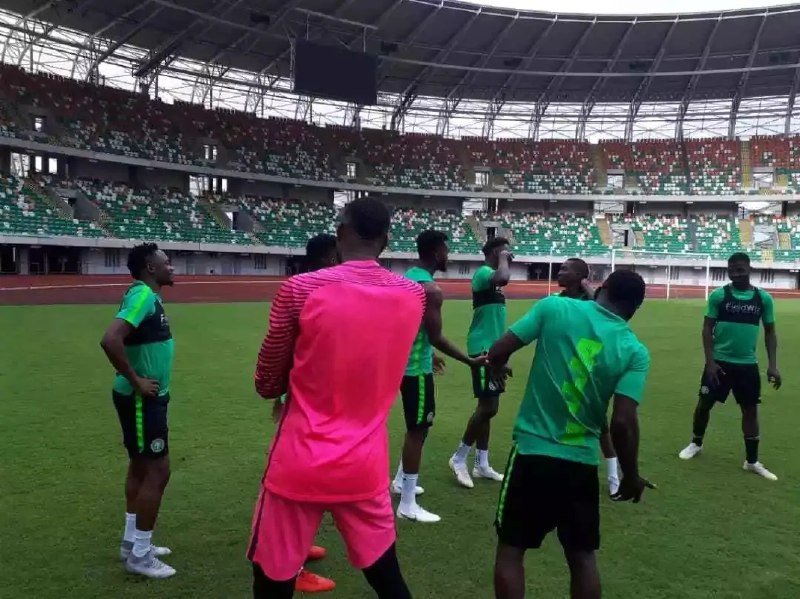 Players invited to the Super Eagles camp for the 2021 AFCON tournament have started arriving at the Abuja camp of the men’s national football team.

The team will be led to the 33rd edition of the tournament holding in Cameroon by interim coach Augustine Eguavoen following the sack of Coach Gernot Rohr.

Anaedoonline.ng understands part of the nine players who arrived on Monday at the Bolton White Hotel camp of the Super Eagles are England-based Kelechi Iheanacho, Alex Iwobi, and Wilfred Ndidi.

In total, 23 Super Eagles players have already arrived in camp and training at the Moshood Abiola National Stadium.

The team is expected to depart the shores of Nigeria for Cameroon on Wednesday ahead of its opening Group D fixture against seven-time champions Egypt.

The 2021 AFCON tournament which was earlier postponed due to the COVID-19 is scheduled to hold between January 9 to February 6, 2022.

However, Saudi Arabia Pro League side, Al Shabab has reportedly refused to allow Odion Ighalo to participate in the 2021 Africa Cup of Nations (AFCON) starting on January 9, 2022.

The Super Eagles striker has been in good form for his club, scoring in Al Shabab’s 4-3 win over Al-Ahli Saudi on Saturday.

Speaking with Newsmen, a source in the Nigeria Football Federation (NFF) said the Saudi club has banned Ighalo from joining his international teammates who are already in camp.

He revealed that the federation is doing its best to ensure that Ighalo joins the three-time African champions on time for the tournament in Cameroon.

The source stated that Nigeria can’t afford to lose Ighalo following the absence of Victor Osimhen and Emmanuel Dennis in the team.