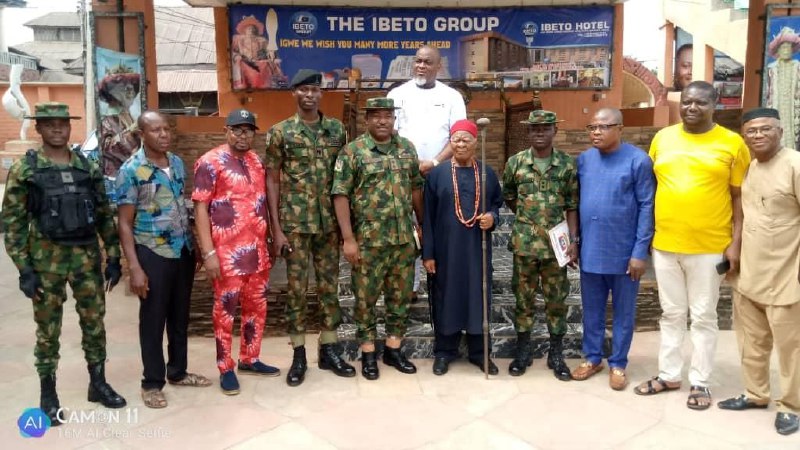 The Nigeria Army has apologized to the Traditional Ruler of Nnewi, His Royal Highness, Igwe Kenneth Onyeneke Orizu (III), over the impertinence of one of its officers, during the officer’s encounter with the traditional ruler.

Cornel Osabere from Onitsha division of the Nigeria Army who was accompanied by Major Oluwumi in charge of Nnewi division during their courtesy visit to Igwe Kenneth Orizu at his palace, yesterday, Friday 18th January, 2022, apologized over the gross misconduct of one of their officers who assaulted the traditional ruler of Nnewi, his driver and personal assistant in December of 2021.

Igwe Nnewi Appeals For The Construction Of Cemetery, Hall, And Stadium In Nnewi

Apologizing to the monarch, Cornel Osabere of the Nigeria Army while tendering an unreserved apology to the traditional ruler and Nnewi community in general for the assault on the monarch said that the act is not only condemnable, but unprofessional and against established precepts of discipline in the Nigeria Army. 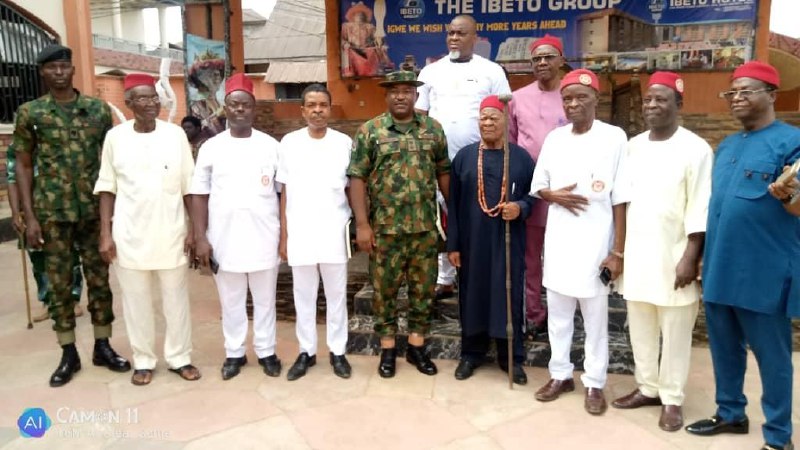 He said although the officer is currently being punished for the gross misconduct, he acknowledged that the act is a huge embarrassment to the Nigeria Army (NA) noting that the army has absolute respect for traditional rulers, especially Igwe Kenneth Orizu (III) who is the second longest-serving monarch in Africa.

According to him, the act of indiscipline on the part of the young officer does not in any way represent the Nigeria Army (NA), saying that Nnewi over the years has had a cordial relationship with the army.

Reacting to the apology, the Traditional Ruler of Nnewi, Igwe Kenneth Orizu, accepted the apology and requested the Nigeria Army to tamper justice with mercy on the young officer who is still being punished for the act, noting that Nnewi is a peaceful land.

The high point of the courtesy visit was the award given to Igwe Kenneth Orizu (III) by the Nigerian army. According to Cornel Osabere, the award was to further solidify the bond between the Nigeria Army and Nnewi Community. 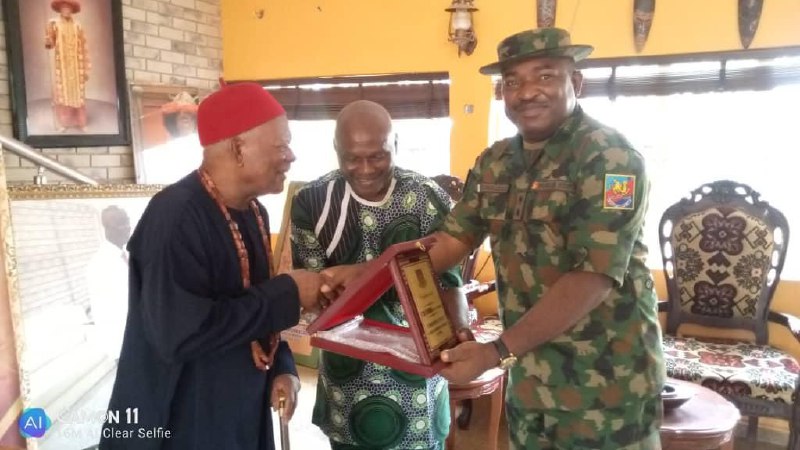 It will be recalled that Major Oluwumi who is in charge of Nnewi division has earlier in the year, visited the Monarch’s palace with the young officer who insulted the monarch to apologize for the unwholesome treatment meted out to the Traditional ruler.