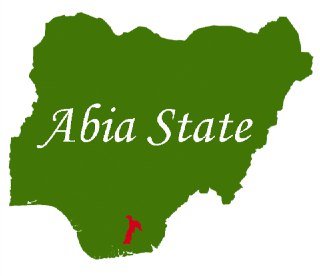 At least nine members of Abia State’s All Progressive Congress (APC) have shown interest in running for governor in 2023.

APC Chairman in the state, Acho Obioma, told reporters in Umuahia on Friday that the party leadership is planning a meeting with all nine gubernatorial hopefuls on Tuesday next week to finalize procedures for the upcoming primaries.

Prior to the state’s 2023 elections, the party’s leader stated that stakeholders will make a collaborative choice on the party’s flag bearer.

According to Anaedoonline.ng, Obioma mentioned this when he met with Dr. Uche Sampson Ogah, Nigeria’s Minister of State for Mines and Steel Development, at the APC State Secretariat in Umuahia yesterday.

Ogah was in the party’s Secretariat at Azikwe Road, Umuahia, accompanied by a large crowd of party faithful, to announce the Abia leadership of his desire to run for Governor of Abia State in the country’s general elections in 2023.

Obioha went on to say that there are no cracks in the APC’s state leadership and that the party has remained focused and would emerge from the primaries as one family.

He frowned at the undemocratic practices and nefarious schemes of a few disloyal party members, whom he claimed had a track record of deception and misinformation.

The chairman of the Abia APC warned that no amount of shenanigans would dissuade the party from winning the 2023 elections in Abia State.

Obioma, a former member of the federal House of Representatives, urged the party members to disregard the shenanigans, and continue to work harmoniously towards deepening the overwhelming acceptability and popularity of the APC among the majority of Abia citizens and the residents of the state, especially now the general election is fast approaching.

2023 Presidency: We’re Not Interested In Any Consensus Arrangement – Tinubu Group