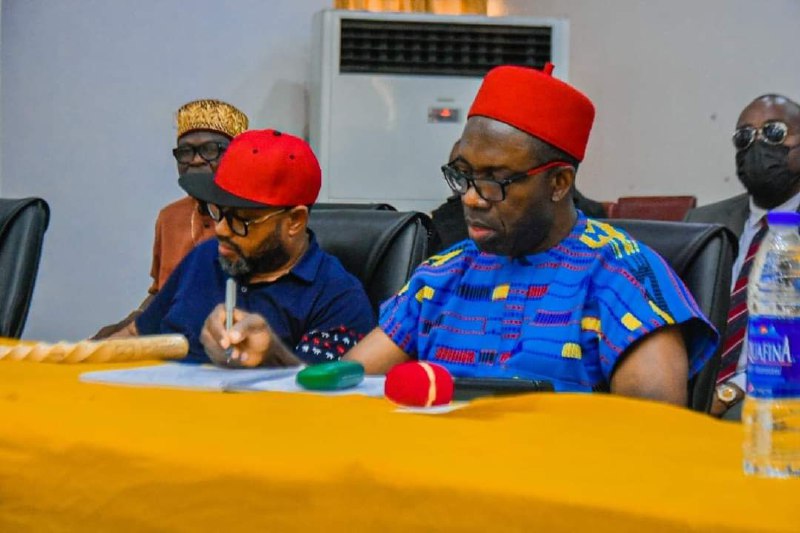 Prof Chukwuma Soludo, the governor of Anambra State, has disputed accusations that religious murders targeting northerners are taking place quietly in the state.

The governor also cautioned a national daily located in Abuja against encouraging unrest in Nigeria.

Soludo was responding to a leading piece in the media outlet, which claimed that Anambra State had been the scene of organized killings aimed at northerners.

“While there is widespread insecurity across the country, there are no specific religious or ethnic killings in Anambra State,” the governor remarked through his Press Secretary, Mr Christian Aburime.

“As a matter of fact, Anambra indigenes have suffered more casualties as a result of the unfortunate killings.

“The insensitive slant of the Daily Trust report has the tendency to stir anger and disaffection in other parts of the country. The report, therefore, is totally unacceptable and inimical to the unity and progress of the nation.

“The Government of Anambra State hereby states that the report is not only sensational but misleading and should be immediately retracted to reflect the real situation on ground.”

The release noted that Anambra indigenes and people of the North and other parts of the country live and do business with each other, and have shared common values, but have always lived at peace with each other in the state.

It stated too that the Soludo administration has not only demonstrated commitment in tackling insecurity, but has continuously reassured both indigenes and non-indigenes in the State of their protection and safety.