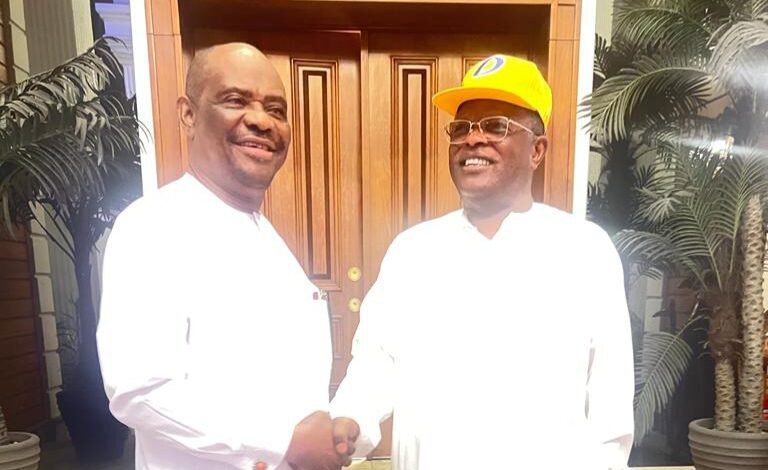 Prior to the general elections in 2023, the Peoples Democratic Party declared on Thursday that there is no internal crisis.

According to reports, Wike was visited by Bala Mohammed, the governor of Bauchi State and a supporter of PDP presidential candidate Atiku Abubakar, to persuade him not to leave the major opposition group.

2023: After Atiku PDP Presidential Election Win, Wike Yet To Say A Word

Ologunagba while reacting in a chat with Newsmen said if anybody visits Governor Wike, it is normal because he is a leader in PDP.

He further stated that PDP does not work based on allegations, but works with facts.

Ologunagba while speaking on the trending issue said, “We should be concerned about the country, there’s no crisis in the PDP and if anybody goes to visit Wike, it’s normal, he is a leader in this party. In this party, we don’t work with allegations, we work with facts. PDP is strong and we’re ready for the election.

“Governor Wike is a phenomenon in this party, a party man to the core, a pillar of this party from the beginning to now. We’re a party, a family. In a family, you can have differences, but that does not make it a crisis, there are no issues there. When there are differences, we resolve them and we have a structure within our party that is so robust that takes care of our differences.”