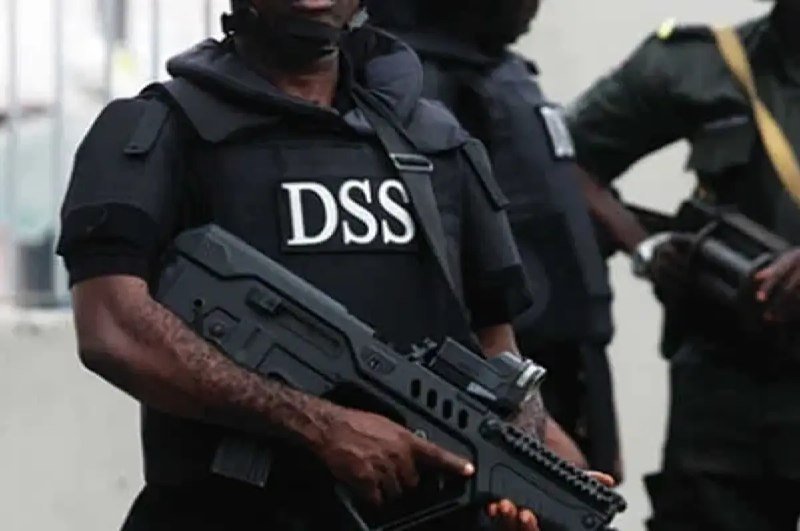 According to the Department of State Service (DSS), it found evidence at the home of Tukur Mamu, the main mediator between the bandits and the families of the kidnapped passengers from the Abuja-Kaduna train.

When asked about a raid that took place in the early hours of Thursday in Mamu’s home and office in Kaduna, DSS spokesman Peter Afunanya informed Newsmen of this.

Speaking about the raid, DSS claimed that numerous incriminating items, such as military accoutrements and significant quantities of various currencies and denominations, were found and that the publisher who was seized will face legal charges.

”So far, appropriate security agencies have executed valid search warrants on Mamu’s residence and office. During the processes, incriminating materials including military accoutrements were recovered.

”Other items include large amounts in different currencies and denominations as well as financial transaction instruments. While further investigations continue, Mamu will, sure, have a day in court,” Afunanya said.

Recall that on Thursday morning, early hours, agents of the Department of State Services conducted a raid at Tukur Mamu’s home in Kaduna State.

This comes after the secret police officially announced the bandit negotiator’s capture.

According to DSS, Mamu was detained as a result of requests made to international partners in Cairo, Egypt, by Nigeria’s military, law enforcement, and intelligence community.

According to a witness who talked with Newsmen, DSS agents broke into Mamu’s home in roughly 20 vehicles.

The witness alleged that during the invasion, DSS removed documents, phones, and laptops.

He added that individuals at Mamu’s home were requested to sign a document without being given the opportunity to read it first.

Mamu was deported from Egypt and was picked up by DSS at the Malam Aminu Kano International Airport in Kano.

Before being held by Egyptian police for 24 hours, Mamu was reportedly traveling to Saudi Arabia with his family to perform a smaller Hajj.

At around 1:55 PM, armed personnel stationed at the entrance to the Kano’s international wing made him a target for arrest.

In the meantime, the secret police has tightened security around its headquarters in Abuja.