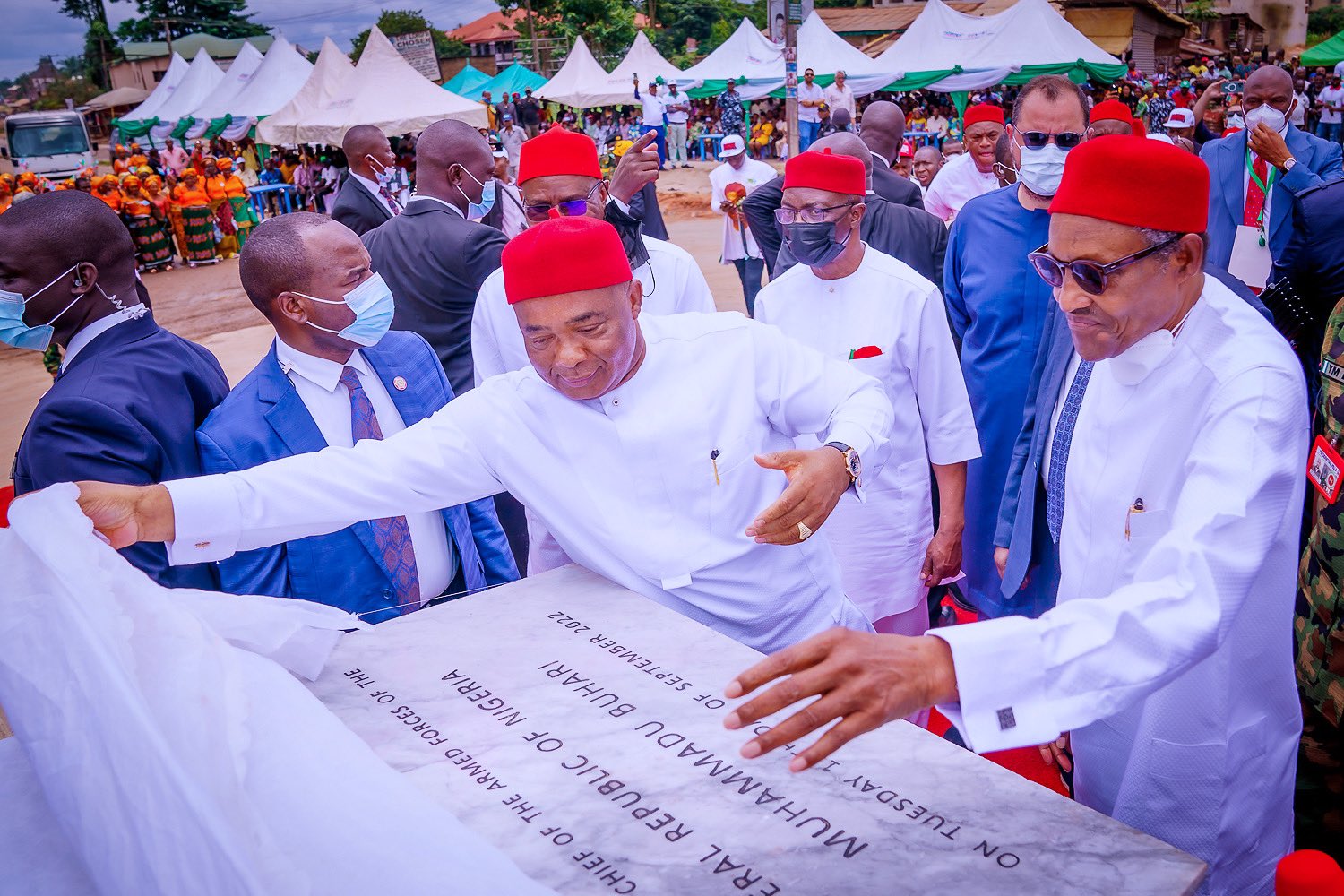 The President spoke during a visit to the state to commission some projects carried out by the Uzodinma administration.

According to Buhari, Governor Uzodinma’s projects implemented during his brief tenure in office have had a direct positive impact on the people of Imo.

The President went on to say that previous administrations avoided the projects due to the difficulty in carrying them out, but the Uzodinma administration has tackled them despite limited resources.

The Owerri/Orlu dual carriageway, the Owerri/Okigwe road, and the renovated House of Assembly Complex are among the projects that have been commissioned. For these reasons, the President stated that the Governor will not be forgotten by the people.

President Buhari added that he is delighted to be in Imo, and that the fact that he has visited the state twice in three years demonstrates his delight.

The statement reads: “President Muhammadu Buhari Tuesday in Owerri, Imo State, commended Gov. Hope Uzodimma for his efforts in developing the state, saying, “You have written your own history,’’ after he saw the ultra-modern chamber of the rebuilt House of Assembly.

“President said his administration will leave a legacy of major development projects across the country, while saluting Imo State Governor for giving more attention to constructions and institutional reforms that will improve lives of the people.

“President Buhari, who commissioned the Owerri/Orlu dual carriage, Owerri/Okigwe road and the renovated House of Assembly Complex, noted that the Imo State government had made remarkable progress with infrastructure in three years.”