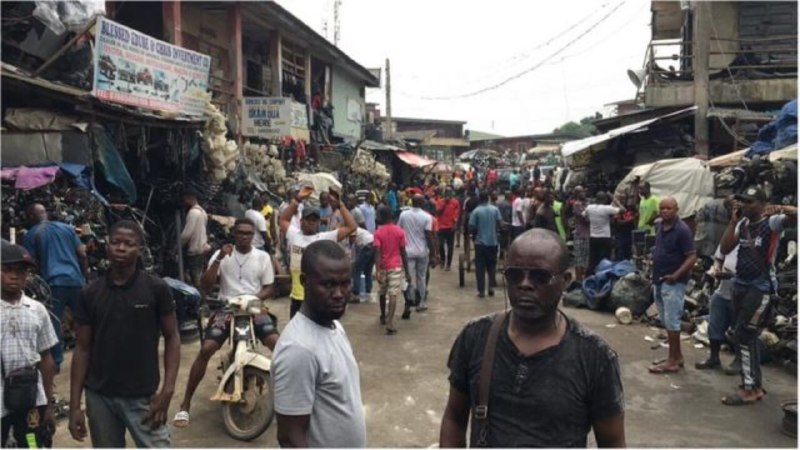 The Lagos State government said on Thursday that it would close the markets at Ladipo and Oyingbo due to continued infractions, including careless garbage dumping, failure to pay for waste services, and generally subpar waste management.

The Lagos Waste Management Authority announced the announcement in a statement that was released today (LAWMA).

According to a statement from LAWMA’s Managing Director and CEO, Ibrahim Odumboni, traders and shoppers won’t be able to enter the Ladipo and Oyingbo markets as of next Thursday since they would be closed until further notice.

Ohanaeze React Over Killing Over Igbo Traders At Ladipo Market

Odumboni claimed that the government’s approach was required because numerous warnings on the unwholesome environmental activities of market vendors were ignored.

He said: “Our attention has been drawn to the deplorable state of the environment around Ladipo Market, Mushin and Oyingbo Market, resulting from reckless waste dumping by traders.

“Despite serving them abatement notices, they have continued the mindless environmental violation. We are left with no other choice than to evoke the necessary sanction of shutting down the markets. This is also meant to serve as a deterrent to other nonchalant markets.”

The government representative bemoaned how tough the traders were, stressing that the authority had recently increased its efforts to make sure that all Lagos market business activities were conducted in a safe and clean environment for the benefit of everybody.

Oby Ezekwesili Calls For The Investigation Of Ladipo Market Killing

In the statement, Odumboni added that the organization had since sent out trucks to eradicate black spots throughout the city, particularly in commercial buildings.

He added: “However, these efforts are being tainted by the activities of mischievous persons who would rather dump their waste indiscriminately on the roads, than pay for waste services.”

He warned vendors in other markets to properly follow environmental hygiene regulations or risk having their markets permanently closed.