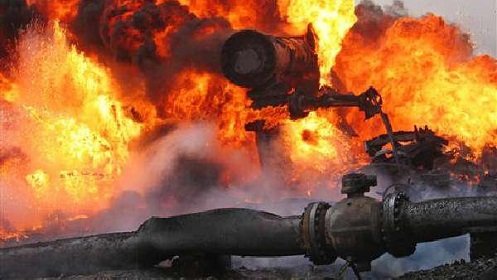 The Movement for the Just Use of Resources in the South East has petitioned the Federal Government to award oil pipeline protection contracts to adolescents from host communities.

Mr Stanley Okafor, the group’s National Coordinator, stated that such a step will help to curb the flood of vandalism and oil theft in the region.

Okafor announced this in Awka on Thursday, saying that such partnership with the youths will promote both local production and exports, as well as revenue coming to the federation account and the country’s economy.

He said the call became imperative as a means of integrating the South-East youths into the mainstream national life.

He said, “It has become imperative to voice the need for the Federal Government to look more inward and into means of integrating the South-East in mainstream national life.

“This could be done by co-opting it’s youths as partners in the sourcing and protection of resources found in the region, including Infrastructure necessary for oil exploration production and conveyance

“The youths are willing and capable of protecting oil infrastructure in the region, and granting the license to these youths will be a workable way to check youth restiveness.”

Okafor also urged the Federal Government to conduct environmental impact assessment in Enugu where coal was exploited years ago when the commodity served as one of the greatest exports of the country.

According to him, water cannot be drilled in the Enugu as the entire area is hollow underneath.

“We therefore, hope that the Federal Government would show sincere interest in assessing the impact of these years of exploitation on the environment and adequately compensate the region,” he added.

Also, the Deputy President, National Youths Council of Nigeria, Mr Innocent Nduanya, said that gold deposits and other precious stones in the South-East should be exploited with greater coordination and purpose.

“We have abundant geological deposits in Ebonyi, Enugu, Anambra Imo and Abia states, and we want the Federal Government to exploit these resources with youths of the region as partners in progress.

“We need the youths to be engaged so that they can become national vanguards, and that way, peace and national identity can begin to be restored.

“We will reach out to necessary organs of the federal government to press home these demands in a responsible manner,” he pointed out.